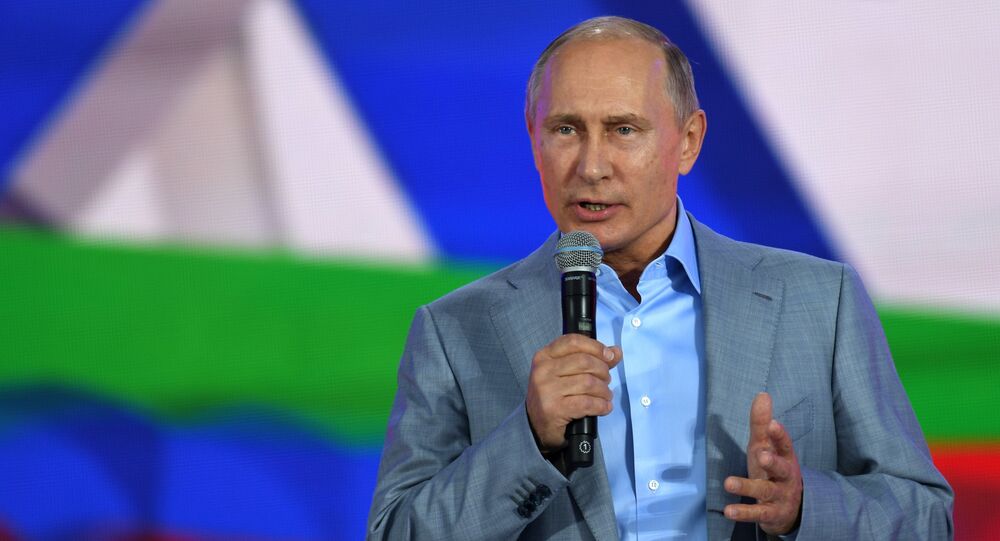 Speaking to participants of the World Festival of Youth and Students in Sochi, Russian President Vladimir Putin revealed the future technology he believes can prove to be more terrible than nuclear weapons.

According to the president, genetic programming of human beings according to specific characteristics may prove a mortal danger for humanity. In his view, while genetic engineering provides immense opportunities, including in the field of pharmacology, it also carries with it tremendous risks.

"One can almost imagine that people will be able to create human beings with specific characteristics. This can be a brilliant mathematician, or a brilliant musician, but it can also be a soldier – a human being capable of fighting without fear, without compassion, without regret, or even pain," Putin said.

"You see, humanity can enter, and most likely, in the near future, into a very difficult period of its development and existence, a period demanding great responsibility. And what I have just described may be worse than a nuclear bomb," the president stressed.

© Sputnik / Evgenya Novozhenina
Putin's Valdai Speech: 'Russia Voices Alarm Over Nuclear Security Crisis'
Putin emphasized that new technologies should be used effectively and implemented broadly. But humanity must never forget its morality and ethics, because their absence can lead to the destruction of mankind.

"Whenever we do something, and whatever it is that we do, we should never forget about the ethical and moral foundations of our work. Everything we do must benefit a cause – to strengthen the human being, not to destroy him," the president said.

The 19th World Festival of Youth and Students kicked off in Sochi last week, and runs until Sunday, gathering young people from all around the world. Over 25,000 people from over 180 countries are in attendance. The festival, held regularly since 1947, brings together youth in support of democracy and against imperialism and war.