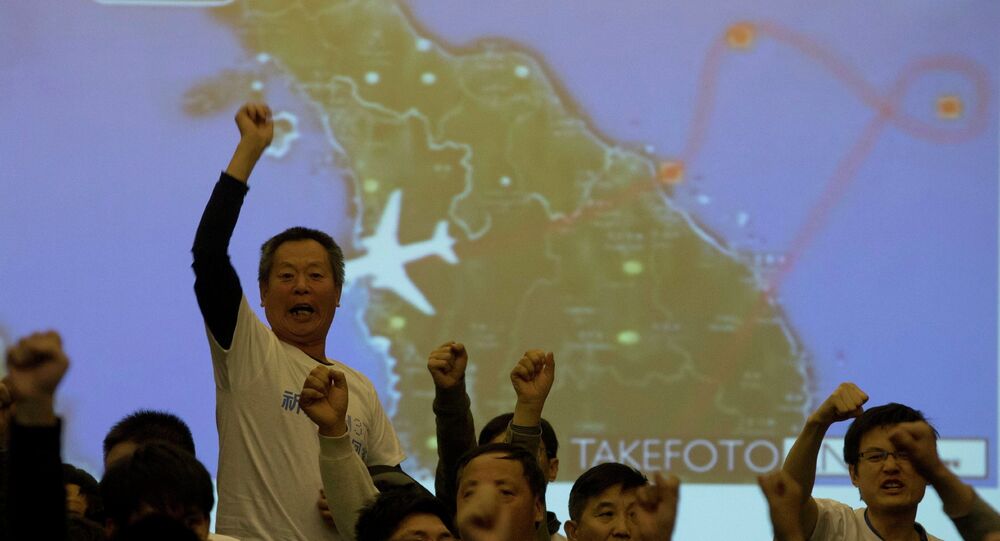 Malaysia to Resume Search for Flight MH370 Missing Since 2014

Malaysian Airlines flight 370 on route from Kuala Lumpur to Beijing disappeared in the sky over the South China Sea 40 minutes after take-off on March 8, 2014. Since then, all attempts to find the crashed plane have failed.

MOSCOW (Sputnik) – The Malaysian government has notified relatives of the passengers of flight MH370 Boeing 777, which went missing in 2014 en route from Kuala Lumpur to Beijing, that it chose a private company to resume the search operation, the media reported Thursday.

According to the ABC News Online, the notification sent to the relatives read that the US company Ocean Infinity was selected as the contractor to assist the MH370 response team in resuming the search. The notification specified that the seabed explorer company would carry out the works "on a No Cure No Fee basis."

​The official announcement will be made later, the news outlet reported, citing the letter sent out to the passengers' families.

Earlier, the Ministry of Transport of Malaysia reported that three different private companies had offered their help to continue the search for the missing MH370 flight.

This came as the Australian government's Joint Agency Coordination Centre (JACC), tasked with coordinating the search, stated that the $145 million search for the plane had concluded unsuccessfully nearly three years after the aircraft disappeared.