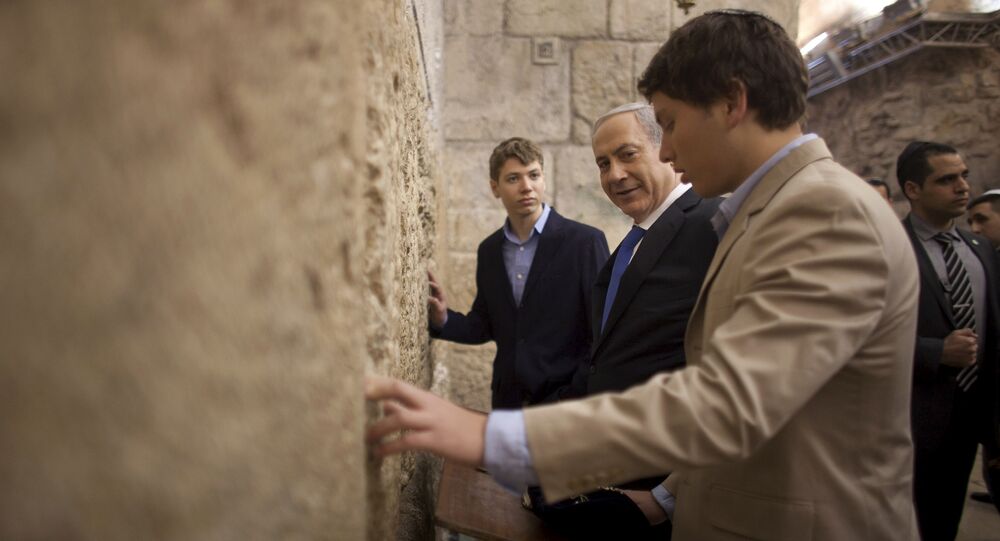 Israeli archaeologists announced Monday that while excavating and uncovering a massive section of Jerusalem’s 2,000-year-old Western Wall for the past two years, they have also discovered a small Roman theater, sought for 150 years.

The 200- to 300-seat theater, built in a classical Roman style, was found directly below Wilson's Arch, which is connected to the Western Wall. The structure is the first Roman public building ever discovered in the city, and it changes archaeologists' perceptions of Roman-conquered Jerusalem after the fall of the Second Temple.

Israel Antiquity Authority (IAA) archaeologist Dr. Joe Uziel described the discovery as "a real drama", noting that also there were indications such structures existed in the city, none had been unveiled in 150 years of modern archaeological research. Uziel and his colleagues said at a subterranean press conference in the Western Wall tunnel complex that their entire understanding of the whole Roman city had changed.

The Western Wall is among the last remnants of the remaining structures surrounding the Second Jewish Temple until its destruction by the Romans in 70 CE. It is the holiest site where Jews are permitted to pray. Uziel pointed out that although he always found it "extremely exciting" to be able to expose parts of the landmark, stumbling into something he never even expected to be there particularly thrilled him.

"It's probably the most important archaeological site in the country, the first public structure from the Roman period of Jerusalem," said Uziel's colleague, Yuval Baruch. "We know a lot about dwelling houses, a lot about installations, water systems, roads, streets but this is the first time we can present to the public a Roman public structure."

© Photo : Uppsala University/Annika Larsson
Muslim Vikings? 'Allah' on Ancient Burial Cloth Sparks Diversity Debate
In 70 CE, the Second Temple was razed along with most of the Jewish settlement of Jerusalem after the suppression of the Zealot revolt. In its place, a Roman colony was established and named Aelia Capitolina after the Roman god Jupiter and the emperor Hadrian, who began reconstructing the city in 130 CE. Following the deadly Bar Kochba Revolt of circa 132-136 CE, Jews were prohibited from entering the capital aside from on Tisha B'Av, a day of mourning commemorating the destruction of the Temple.

According to Uziel, the newly unearthed building "dates pretty solidly to the late Roman period." It could either serve as a meeting chamber for Roman administrative officials or as a concert venue.

The excavations are expected to continue until next spring, with archaeologists hoping to reach First Temple-period remains.