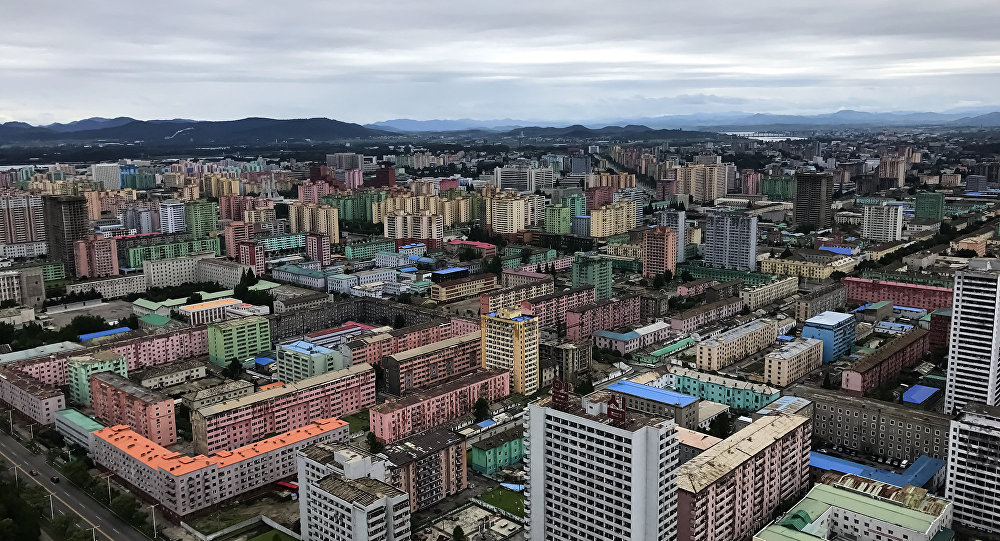 The restrictions presumed by the decree are in line with a UN Security Council resolution on Pyongyang in response to its nuclear and missile program.

Russian President Vladimir Putin has signed a decree on the implementation of UN Security Council's resolution stipulating sanctions against North Korea. The document came into force on October 14.

The decree presumes additional restrictions in compliance with the resolution, including on trade, economic, financial, scientific and technical cooperation with North Korea.

"Scientific and technical cooperation with individuals or groups representing the Democratic People's Republic of Korea should be suspended," the document says.

The decree also presumes sanctions against 11 North Korean individuals and 10 entities related to Pyongyang's nuclear program. There is also a list of materials, technologies and products that are banned from being exported to North Korea.

© Sputnik / Mikhail Klimentyev
Russia Concerned With N Korean Nuke Tests, Warns Against Escalation - Putin
Resolution 2321 is about special economic measures against North Korea and was adopted on November 30, 2016, as a response to Pyongyang's missile tests in late 2016. In order to prevent the development of prohibited programs in North Korea, the resolution also pushes for additional international sanctions to restrict Pyongyang's cooperation with other nations, including in the military-technical, financial, transportation and educational fields.

Earlier in the day, Valentina Matvienko, speaker of the upper house of the Russian parliament, reaffirmed that Moscow strongly condemns Pyongyang's actions on the development of its nuclear weapons program and calls on the international community to implement the resolutions of the UN Security Council.

Russia has repeatedly expressed concern about North Korea's missile and nuclear tests. The latest launch was carried on September 15, and was described by the Kremlin as a "provocation" fueling the tensions in the region.

"Russia is concerned about regular provocative launches that lead to further escalation of tensions on the peninsula," Kremlin spokesperson Dmitry Peskov said.

That missile launch came just days after the UN Security Council approved new sanctions against Pyongyang over its missile and nuclear program, as a response to its most powerful ever nuclear test conducted on September 3. The UN resolution bans North Korea from exporting textiles while capping how much crude oil and refined petroleum products can be imported. Natural gas condensates and liquids are also included among the items North Korea is restricted from importing in excess of UN guidelines.