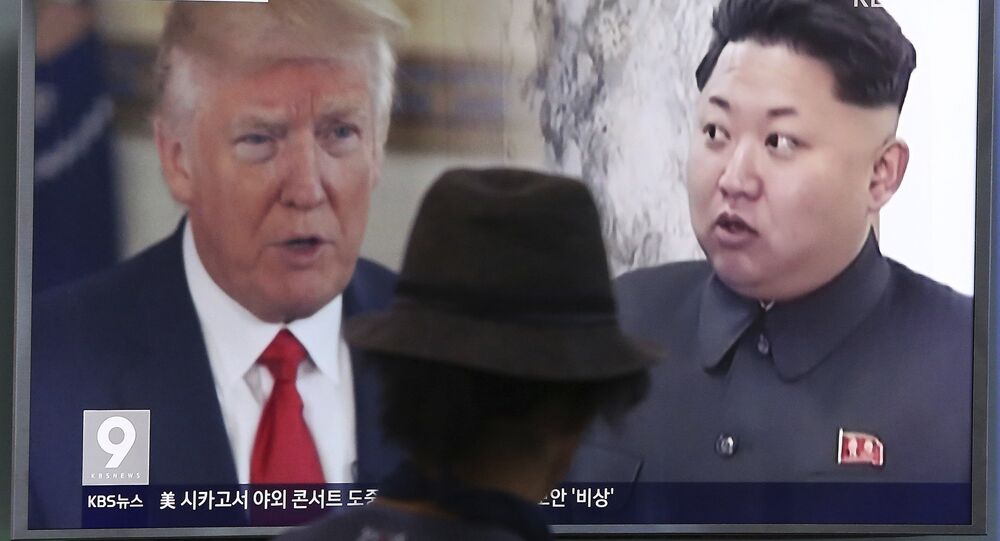 US President Donald Trump has soundly gained the reputation of a person who does not hesitate much before taking to social media to speak out loudly, from praising jobs in the domestic labor market to waging a war of words against "little rocket man" Kim Jong-un, the leader of North Korea.

Trump has recently been increasingly active on Twitter, insisting that talks with Pyongyang make no sense and hinting at a military intervention.

Being nice to Rocket Man hasn't worked in 25 years, why would it work now? Clinton failed, Bush failed, and Obama failed. I won't fail.

I told Rex Tillerson, our wonderful Secretary of State, that he is wasting his time trying to negotiate with Little Rocket Man…

The🇺🇸has great strength & patience, but if it is forced to defend itself or its allies, we will have no choice but to totally destroy #NoKo. pic.twitter.com/P4vAanXvgm

​North Korea recently responded to the US president’s bellicose "letters" on Twitter with resumed threats to deliver a missile strike on the US territory of Guam, adding that Trump’s chest-thumping on social media as well as US military activities in the region are pushing Pyongyang’s "hand closer to the trigger."

© REUTERS / Yuri Gripas
After 'Calm Before Storm' Remark Trump Says Cannot Let North Korea 'Go On'
"We have already warned several times that we will take counteractions for self-defense including a salvo of missiles into waters near the US territory of Guam. … Let us take our hand closer to the 'trigger' for taking the toughest countermeasure," read an article published Friday by North Korea’s state-run Korean Central News Agency (KCNA).

On Friday, the US kicked off joint naval drills with South Korea and Japan. Earlier, the US flew two B-1B strategic bombers over the Korean Peninsula and test-fired ground-attack missiles.

For the first time, North Korea revealed a plot to strike Guam with missiles in August in response to Trump saying said that the North "will be met with fire and fury" if Pyongyang does not stop its "threats to the US."