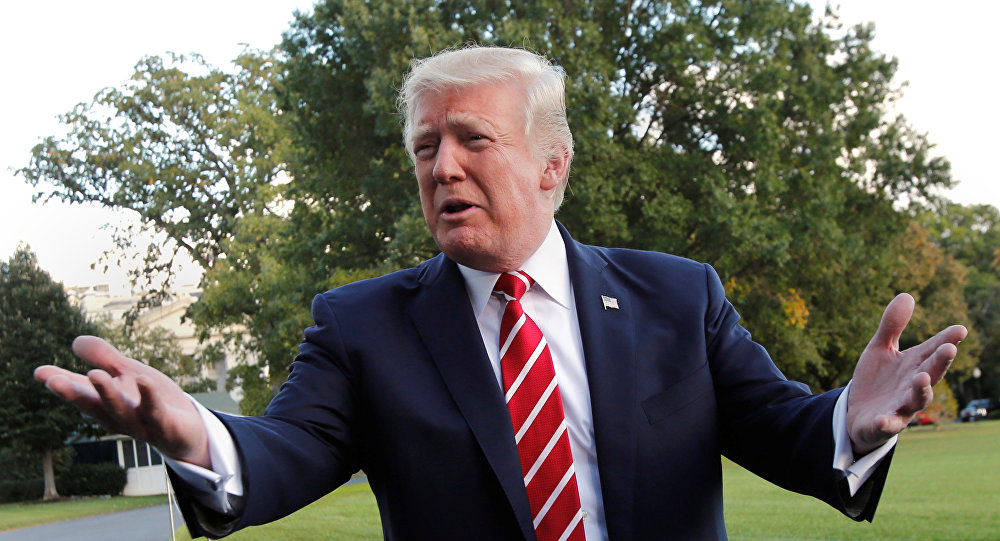 US President Donald Trump has announced that he would not recertify the Joint Comprehensive Plan of Action (JCPOA), the formal name of the 2015 Iran Nuclear Deal, ahead of a Sunday deadline, calling Tehran “the world’s leading state-sponsor of terrorism.”

In his speech, Trump alleged that Iran had “committed multiple violations” of the JCPOA, though he seems to be the only stakeholder finding fault with Iran’s follow-through on the deal.

Don’t take this journalist’s word for it: International Atomic Energy Agency investigators have verified Tehran’s compliance. According to an Associated Press fact check, IAEA teams have in the past “noted some minor violations that were quickly corrected.” The other major state parties to the deal have also not found fault with Iran’s cooperation.

And just last week, the highest ranking US military official, Gen. Joseph Dunford said, “Iran is not in material breach of the agreement.”

​“He’s made this promise he’s going to get out of the ‘terrible’ Iran deal, and I think he’s under pressure to live up to that promise,” Marandi said. “But he also doesn’t feel that he can do so — for whatever reason — so he’s sort of pushed it over to [the US] Congress to have to make the decision” regarding whether the legislative body will “level increasing sanctions on Iran or not.”

Other signatories to the JCPOA, including “China, Russia, Germany, France, Britain and Iran itself wish for the deal to continue,” Marandi observed. “So while the United States calls Iran, time and time again, a rogue regime, in this matter it really appears that the United States is going rogue.”

A White House fact sheet, though, states “the deal must be strictly enforced,” implying the administration does not intend to immediately rip up the deal like Trump has long promised.

Regarding the assertion of Iran’s ties with terror groups, a White House fact sheet says the administration will “work to deny the Iranian regime and especially the Islamic Revolutionary Guard Corps (IRGC) funding for its malign activities” to mitigate Iran’s “destabilizing influence.”

​Iranian President Hassan Rouhani said on Press TV Friday, “If one day our interests are harmed, or if other sides refuse to fulfill their commitments, they should know that Iran would not hesitate and respond in a corresponding manner.”