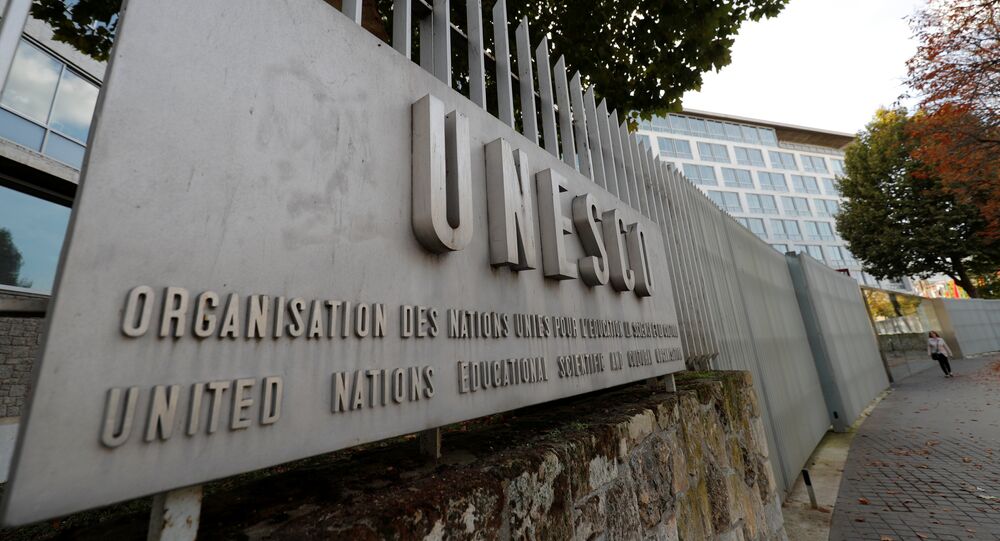 The Palestinian Foreign Ministry has told Sputnik it laments that Washington has decided to quit UNESCO over "anti-Israel bias," but noted that the organization will keep operating.

"We lament the move, which is highly political in an organization that intends to limit its scope of operation and focuses on the cultural, educational and heritage dimensions," the foreign ministry spokesperson stated. "We are confident that the organization can survive such behavior, in the same way, it survived previous similar intimidations in the past, will maintain protecting the total independence and professionalism of the organization."

The spokesperson has also slammed Washington for using its membership in the organization as a tool to push through the interests of Israel that has "occupied" Palestinian territories in "flagrant violation of international law."

"The US government  decides to stand by the occupiers, and the violators of the same principles and laws that the UNESCO as a UN organization was entrusted to protect."

The US State Department announced on Thursday that Washington would leave the UN cultural body by the end of 2018, stating that the organization needs to be reformed. The US move was followed by a similar step from Israel, which announced its own withdrawal from the organization just several hours later.

The Russian Foreign Ministry has said Moscow regrets US' decision, saying it would badly affect the organization.

© REUTERS / Philippe Wojazer
US Withdrawal From UNESCO Indicates Growing Washington's Isolation
This was not the first time the US has exited the international organization. President Ronald Reagan withdrew the US from UNESCO in 1983, but President George W. Bush rejoined the organization in 2003.

The US also moved to stop funding UNESCO in 2011 when Palestine became a full member of the organization.

The Palestinians have been in a state of conflict with the Israelis since the establishment of the Jewish state in 1948. In recent years, the conflict has been exacerbated by Israel's construction activities in East Jerusalem, considered by many countries as the territory of Palestine. Earlier this year UNESCO adopted a resolution that called Israel an “occupant power.” After that Tel Aviv slashed its donations to the UN.