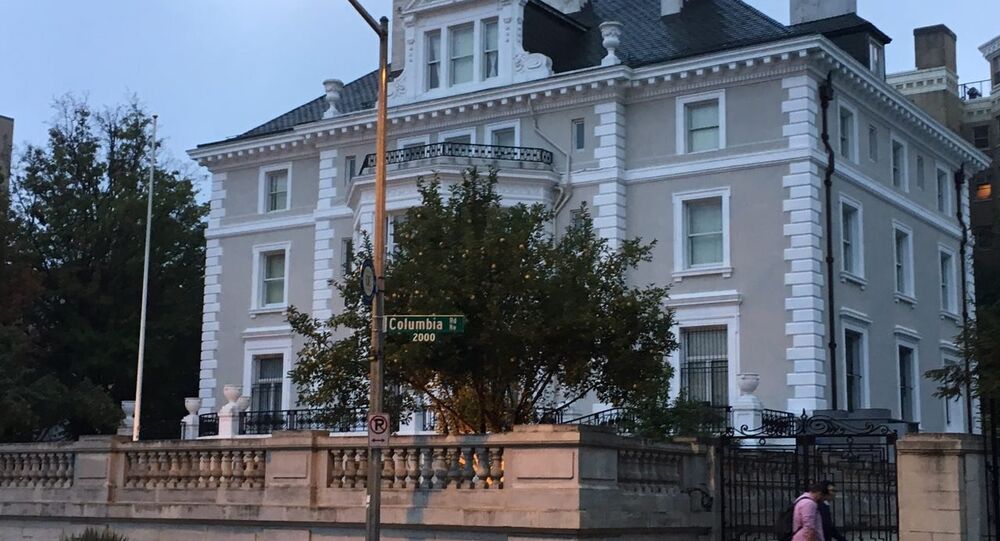 Moscow expressed a resolute protest to Washington in connection with the removal of Russian flags from diplomatic property in the United States, Russian Foreign Ministry spokeswoman Maria Zakharova said Thursday.

"Yesterday, a new, I can officially say, hostile action of the US authorities against our diplomatic institutions became known. Russian flags were torn off from buildings of the Russian trade mission in Washington and consulate general in San Francisco, earlier occupied by US security services' agents," Zakharova said at a briefing.

She said Moscow regards the incident as an outrage against Russia's state symbol, adding that Moscow has already "expressed a strong protest to the United States."

Zakharova said that by such actions, some US political forces were deliberately destroying relations with Russia.

The spokeswoman added that Moscow "will make up its mind regarding response actions" to the steps made by the US.

© AFP 2021 / Josh Edelson
Moscow Strongly Opposes Russian Flag Removal From Diplomatic Properties in US
Earlier, Russian flags were removed from the buildings of the Consulate General in San Francisco and the Trade Representation in Washington, DC.

Russia vehemently opposes the US move to take down Russian flags from its ceased diplomatic properties in San Francisco, the Russian embassy in Washington, DC said in a statement on Wednesday.

Commenting on the situation, a US Department of State official told Sputnik that Russian flags were "respectfully" lowered by US officials at former Russian properties in Washington, DC and San Francisco, when the buildings were closed.