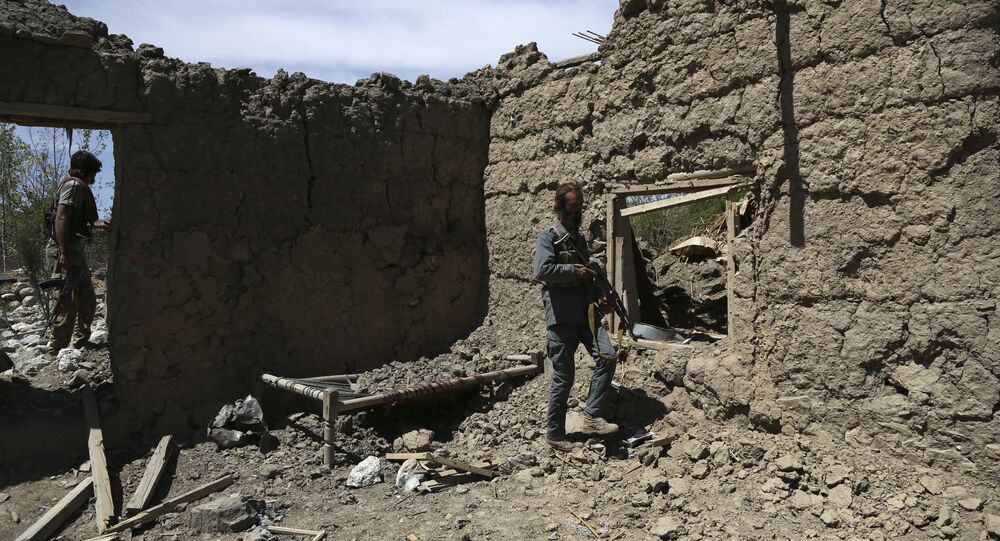 In comparison to August, September saw a 50-percent increase in the number of bombs dropped by the United States military on Afghanistan in the fight against Taliban and Daesh militants.

"This increase can be attributed to the president's strategy to more proactively target extremist groups that threaten the stability and security of the Afghan people," the US Air Forces Central Command's report said.

It mentioned a total of 751 bombs released by the US military in Afghanistan last month, in what has become the highest monthly total in the past seven years.

© AP Photo / Abdul Khaliq
US Military Already Developing Post-Daesh Strategy for Afghanistan
The report also cited the recent deployment of six F-16s to Bagram Air Base, "coupled with more B-52 missions dedicated to Afghanistan," something that "offers the additional strike capacity" to fight the extremists groups there.

In August 2012, the US dropped 589 bombs on Afghanistan, while the past nine months have seen a total of 3,238 bombs released in Afghanistan by the US military, according to US Air Forces Central Command data quoted by the Press TV news agency.

During a speech on August 21, President Trump announced a new strategy of giving more freedom to US military commanders to use force in Afghanistan. He pledged to keep US forces fighting there until extremist threats to Afghanistan were resolved.

© AP Photo / Massoud Hossaini
The 'Only Scenario' to End War in Afghanistan 'Unacceptable' to US, Here's Why
He said that he had decided to send more US troops, but declined to announce the specific numbers.