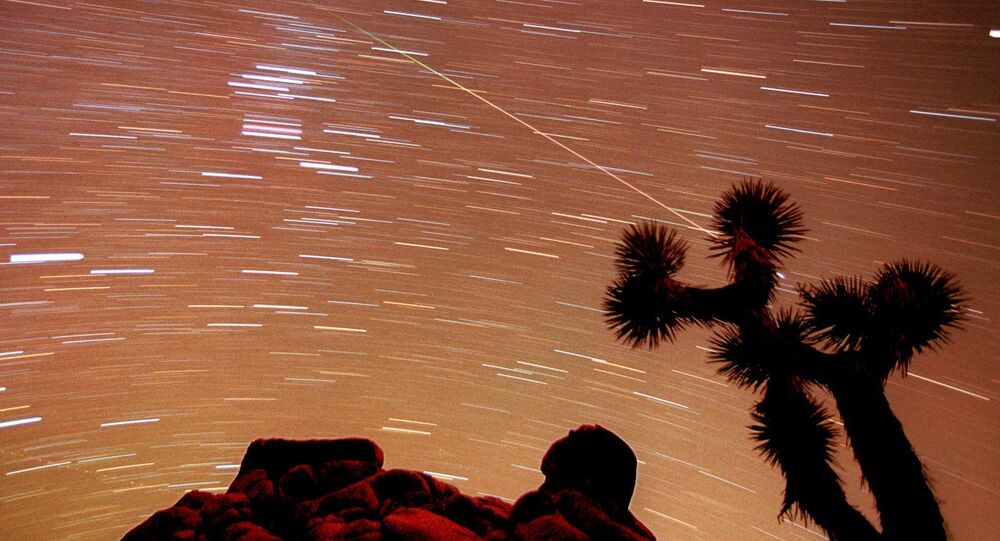 If you are in a location with low levels of light pollution and have access to wide views of the night sky on October 7 and 8, then stay up after bedtime and watch the dramatic annual Draconid meteor shower.

As Earth, orbiting around our Sun, annually passes through the dusty trail of celestial debris left behind by comet 21P/Giacobini/Zinner, spectacular glowing particles shoot through our night sky, resulting in the Draconid meteor shower, named for the apparent point in the heavens in which the burning specks appear to originate.

Ordinarily the Draconid meteor shower averages some 6 to 10 meteors an hour, although in 2011 a burst of glowing sky streaks saw upwards of 600 an hour, in spite of a full moon. In 1933 and 1946 the annual Draconid shower saw thousands of meteors per hour.

There is currently no method to predict when and if a dramatic meteor shower will occur during the annual event.

The best viewing locations will be in the higher latitudes of the northern hemisphere, to the benefit of those in northern US, Canada, Europe, and Northern Asia.

The so-called Draconids are most noted as occurring just after sunset until about midnight, perfect for the weekend evening plans of those who love to be outdoors.

Those in the know suggest that, to take full advantage of the possibility of a dramatic Draconid meteor storm, spend an hour minimum under a dark sky, patiently observing northward.

The meteors will appear to radiate from an area of the night sky that includes the northern constellation Draco the Dragon, giving the meteor shower its iconic name.

A waning gibbous moon will rise within two to three hours of sunset, so be out there early, while the sky is at its darkest tonight and tomorrow night.

Not One, But Three? Giant Flyby Asteroid Had Company When Passing Earth