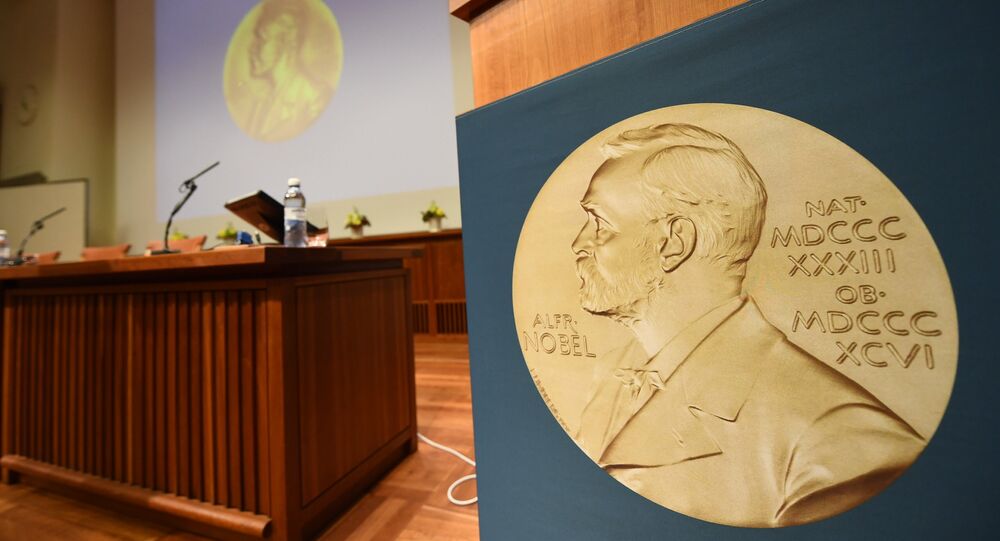 The Norwegian Nobel Committee announced the Peace Prize in Oslo, culminating a week in which Nobel laureates have been named in medicine, physics, chemistry and literature. The International Campaign to Abolish Nuclear Weapons received the 2017 Nobel Peace Prize.

The 2017 Nobel Peace Prize has been awarded to the International Campaign to Abolish Nuclear Weapons (ICAN), the Norwegian Nobel Committee said Friday.

"The organization is receiving the award for its work to draw attention to the catastrophic humanitarian consequences of any use of nuclear weapons and for its ground-breaking efforts to achieve a treaty-based prohibition of such weapons," the committee said in a statement.

"ICAN and a majority of UN member states have contributed to fraternity between nations by supporting the Humanitarian Pledge. And through its inspiring and innovative support for the UN negotiations on a treaty banning nuclear weapons, ICAN has played a major part in bringing about what in our day and age is equivalent to an international peace congress," the statement read.

The next steps toward attaining a world free of nuclear weapons must involve the nuclear-armed states, the committee added.

The 2017 Peace Prize calls upon nuclear-armed states to initiate negotiations for the gradual elimination of the world’s 15,000 nuclear weapons.

The 2017 Nobel Peace Prize to ICAN has a solid grounding in Alfred Nobel’s will. @nuclearban #NobelPrize pic.twitter.com/ALQatCVRjR

The Norwegian Nobel Committee, appointed by the Norwegian parliament, determines the recipient of the award Nobel Peace Prize, which is awarded in Oslo.