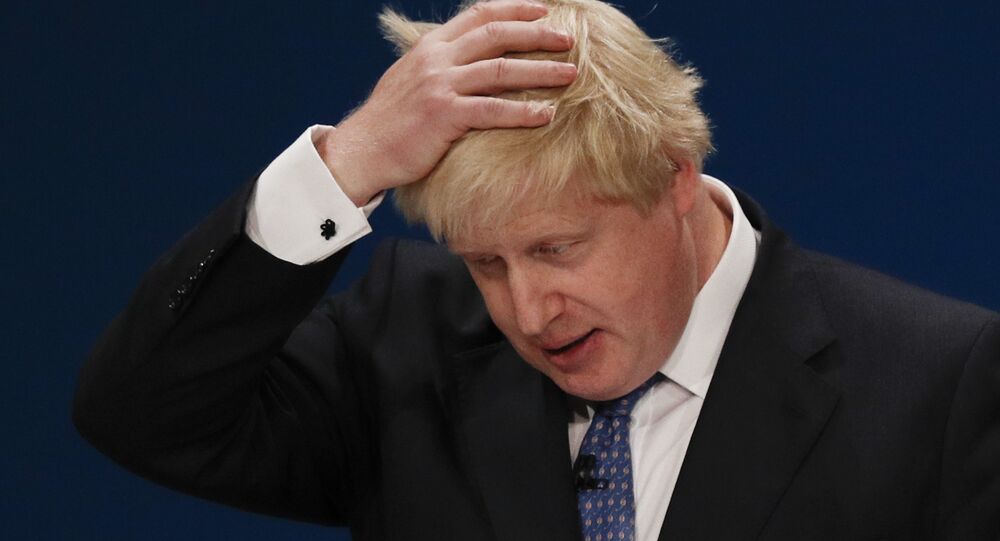 Alexander Mercouris, editor-in-chief of The Duran, told Radio Sputnik that he found UK Foreign Secretary Boris Johnson’s joke about “clearing away dead bodies” in Libya “outrageous,” given that the UK played a large role in destroying the North African state.

Speaking about Libya's tourism potential at a Conservative Party conference fringe meeting, the UK's chief diplomat said that the war-torn city of Sirte could become the new Dubai, adding that "the only thing they have to do is clear the dead bodies away."

The members of Libya's House of Representatives based in Tobruk on Thursday demanded Johnson's apology for the remark.

Mercouris told Sputnik in an interview that he expected the people of Libya to be shocked and infuriated by Johnson's "extremely crude" comments, given that he made a joke about a city that the British destroyed in a country the British played a large role in smashing.

​"If we take Sirte, the city which he was referring to, it was incredibly heavily bombed by the [Royal] Air Force amongst others during the Libyan intervention that took place in 2011, which Britain played a very large role in instigating," he said. "It was Muammar Qaddafi's hometown, and he was murdered in the most appalling fashion not far from there."

© AFP 2021 / Abdullah DOMA
Tripoli Sees Russia As Key Player in Creating Stability in Libya - Deputy PM
Mercouris added that although Johnson is under fire for his remarks in his home country as well — with some British politicians calling for him to be sacked — most critics fail to note the UK's role in destroying Libya in the first place.

In a similar fashion, he noted, members of Johnson's party always talk about the threat of terrorism in Europe without ever bringing up the foreign policy choices that the UK government has made, which created the conditions for terrorist groups to thrive in North Africa and for Libya becoming a major recruiting ground for militant fighters.

"This comes back to Boris Johnson's comments," Mercouris said. "He has been strongly criticized within Britain for making them, but always that criticism stops at the point of admitting any British responsibility for the disaster that is Libya today. And of course that responsibility is enormous."

Libya has been in a state of turmoil since 2011 when a civil war began in the country and its longtime leader Gaddafi was overthrown. In December 2015, Libya's rival governments — the Council of Deputies based in Tobruk and the Tripoli-based General National Congress — agreed to create the Government of National Accord, to form the Presidency Council and to end the political impasse.