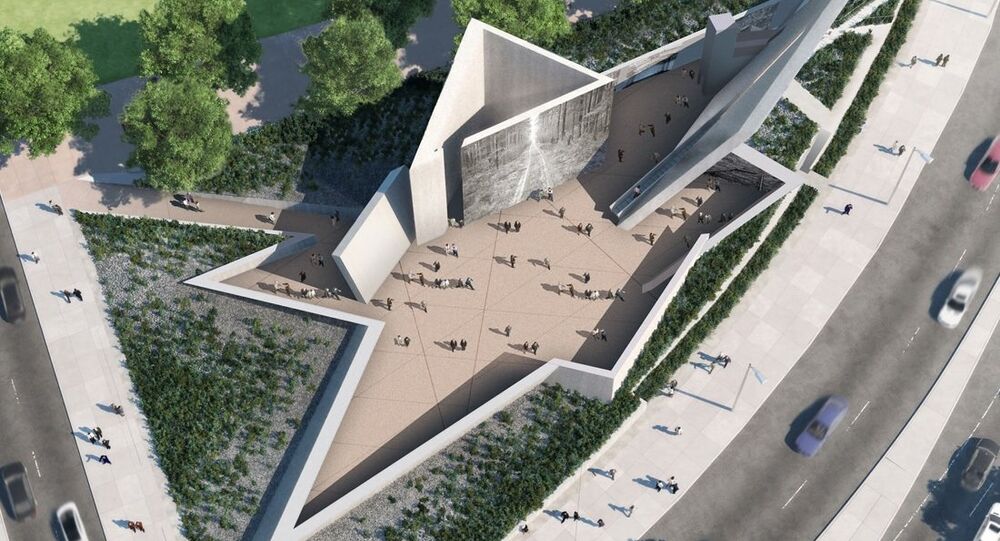 The Canadian government was forced to remove a dedication plaque from its new and only National Holocaust Monument, which was created in the form of a diagonally-stretched Star of David, but simply honored the "millions of men, women and children murdered during the Holocaust” without mentioning Jews specifically.

On September 27, Canada, which appeared to be the only Allied power to not have a national Holocaust memorial, unveiled its first monument dedicated to the victims of Nazi Germany. However, while the commemorative plaque on the gray concrete monument was in the shape of a Star of David in a nod to Hitler's Jewish victims, it didn't mention them by name, instead simply commemorating the millions of those murdered in the genocide and honoring the survivors.

Prime Minister Justin Trudeau delivered a speech at the unveiling of the monument, reaffirming Canada's "unshakeable commitment to fight anti-Semitism, racism, xenophobia and discrimination in all its forms," and paying tribute to "those who experienced the worst of humanity."

​MPs and senators of the opposition Conservative Party, however, were quick to jump at the absence of a reference to Jewish people or anti-Semitism on the monument, labeling it a "profoundly obvious omission."

While the Nazi ideologically was obsessively concerned with the extermination of Europe's Jews which culminated in the infamous 'final solution', they were not its only victims unrelated to the conquest of Europe and Northern Africa. Hitler's non-Jewish victims included Slavs and political enemies such as trade unionists and leftists, as well as Freemasons, homosexuals, Romani, Jehovah's Witnesses and the disabled.

The concerns of the politician were later addressed by the country's Heritage Minister.

​"The National Holocaust monument commemorates the six million Jews as well as the five million other victims that were murdered during the Holocaust," said Mélanie Joly.

"The plaque has been removed and we will replace it with language that reflects the horrors experienced by the Jewish people," she promised.