The US Navy decided to flip on Automatic Identification System (AIS) locators following two accidents over the summer which killed 17 sailors. But it turns out nearby ships aren’t the only ones that can track US Navy vessel coordinates – netizens can too.

According to Stars & Stripes, one Twitter user tweeted Sunday a “US GOV VSL” was arriving near Hong Kong with “reason to believe this is USS Ronald Reagan (CVN 76).”

Indeed, on Monday the Reagan did make a rare port call in Hong Kong, Sputnik reported. 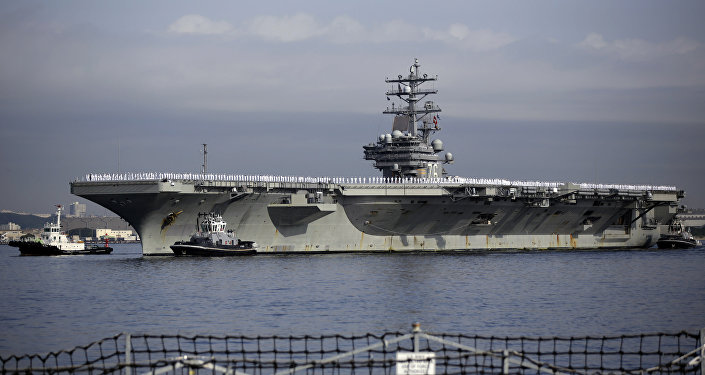 According to a US Navy Pacific Fleet statement, the Reagan was joined by the USS Chafee, a guided-missile destroyer.

The AIS locators must now be turned on when US Navy vessels enter high-traffic areas to allow nearby ships to see the warships’ locations.

The AIS locator for the USS Chafee is still on as of Tuesday evening eastern standard time, according to MarineTraffic.com.

Speaking with Stars & Stripes via email, Lyle Goldstein, professor at the US Naval War College, says the AIS locators may not have a huge impact on US strategic operations. “Chinese [intelligence, surveillance and reconnaissance] would already have a rather good notions of the locations of US surface ships from a variety of sources, including satellite monitoring, Skywave Radar, the large Chinese fishing and merchant fleets, as well as China’s huge Coast Guard and related maritime patrol assets.”

Skywave radars refer to radio waves emitted and bounced back from the Earth’s ionosphere in order to detect objects beyond the horizon.

"I would imagine," Goldstein said, "there are certain sensitive zones (near Philippines and Japan, for example) wherein US warships will continue to operate without active beacons as before for military security purposes."