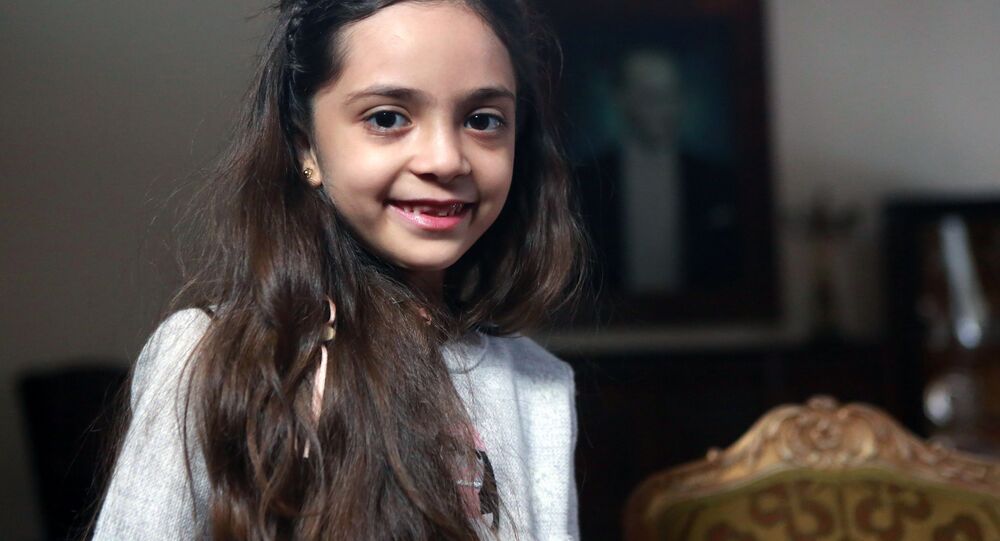 Bana al-Abed, the eight-year-old Syrian girl whose alleged Twitter account and 'reports' from militant-held Aleppo recieved widespread praise in the mainstream media, has published a memoir. However, her viral book tour has been accompanied by the silent deletion of tweets encouraging the US to attack Russia and Syria.

Bana's book, 'Dear World: A Syrian Girl's Story of War and Plea for Peace', was released this week in stores and online. Amazon described it as a "powerful reminder of the resilience of the human spirit, the unconquerable courage of a child, and the abiding power of hope."

Fiction writer J.K. Rowling, a longtime Bana fan, also raved about the book, calling it "the testimony of a child who has endured the unthinkable." 'Dear World' also received praise in Glamour magazine, the New York Post and Haaretz, and was described by Bustle as one of October's must-have non-fiction books.

​However, independent journalist Caitlin Johnstone has discovered that ahead of the much-anticipated book release, tweets posted on Bana's Twitter account promoting US military action against Syria and its ally Russia have mysteriously gone missing.

Having written an article about Bana in earlier this year, Johnstone found that some of the tweets she used to illustrate the Twitter account's aggressive promotion of military interventionism had disappeared. Thankfully, the deleted tweets can still be found using an online web archiving tool:

Johnstone pointed out that this wasn't the first time that Bana's account has turned to deleting controversial tweets. Last year, amid the operation by the Syrian Army to liberate jihadist-controlled eastern Aleppo, Bana tweeted that it would be better for the West to start World War III than to allow Syria and its Russian allies to commit a "holocaust."

"These propagandists can delete all the tweets they like, but people like me will never forget," Johnstone defiantly wrote. "We will always remind the world of how the highest echelons of American mainstream media collaborated with a blatant psy-op in an attempt to manufacture support for western military interventionism in Syria," she added.

The journalist emphasized that "no amount of deleted tweets" could cover up that the extensive US propaganda campaign against Syria was failing. In this light, Johnstone stressed that Bana's book is one that "indisputably belongs in the fiction aisle."

In her home country, Bana's story of twitter journalism is steeped in controversy. Late last year, Syrian citizen journalist Maytham al-Ashkar provided Sputnik with evidence that Bana's posts weren't her own, but rather part of an elaborate "propaganda stunt" by forces seeking to topple the Syrian government. Other evidence, including video interviews featuring Bana and her family where she showed extremely limited, obviously scripted knowledge of the English language, have brought many people to question the authenticity of her Twitter persona.

Others have voiced concerns about the fact that her father was a member of Al Safwah Battalions', a Turkey-supported Islamist group.