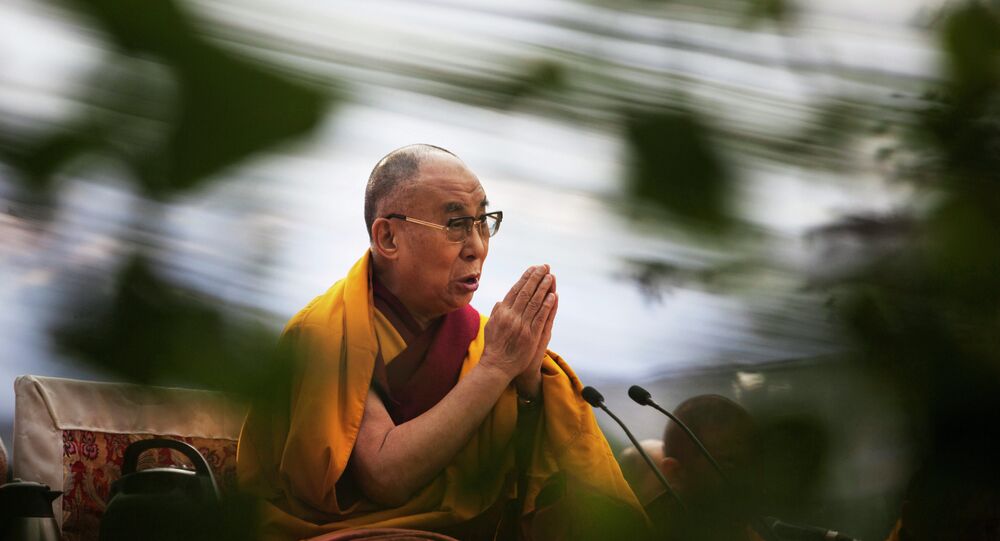 During his recent teachings in Riga, Latvia, the Buddhist spiritual leader expressed hopes that a third world war will never happen.

"I believe that the world is becoming a better place," the Dalai Lama noted at a meeting with cultural luminaries during his session of teachings held for Russia and the Baltic countries. "People have become more mature because of the suffering and the world wars, they had enough of abuse," he noted, adding that nowadays society actively resists violence and is more eager for peace.

© REUTERS / Clodagh Kilcoyne
Not 42: Dalai Lama's Revelation on the Meaning of Life
In his opinion, the common way of thinking has changed significantly in the last decades of the previous century. "In the first half of the 20th century citizens of different countries proudly participated in wars and supported them, while in its second half conflicts in Vietnam or Iraq caused mass protests and demonstrations by the American people," the Dalai Lama said.

"Based on common sense, people of Europe torn by the First and Second World Wars founded the European Union. With the old mentality, it would not have appeared," the spiritual leader of the Tibetan people stressed.

When asked about the likelihood of a third world war, His Holiness the 14th Dalai Lama replied that, although "some political leaders" claim it to be possible, "he personally doesn't think it is so." "After all, if you really use nuclear weapons, you can destroy not only the enemy, but yourself too," he explained.

In the matter of economic theories, the Buddhist leader called himself a Marxist, especially regarding the equal distribution of wealth. The best example of the practical embodiment of socialist ideas, according to him, is Sweden: it is "a democratic country, but with a more socially-oriented economic model" compared to others.

"It is necessary that the governments of all countries today pay more attention to the moral aspect in education, equality and justice in the distribution of material wealth," Dalai Lama said. "It is necessary to narrow the gap between the rich and the poor," he admitted.