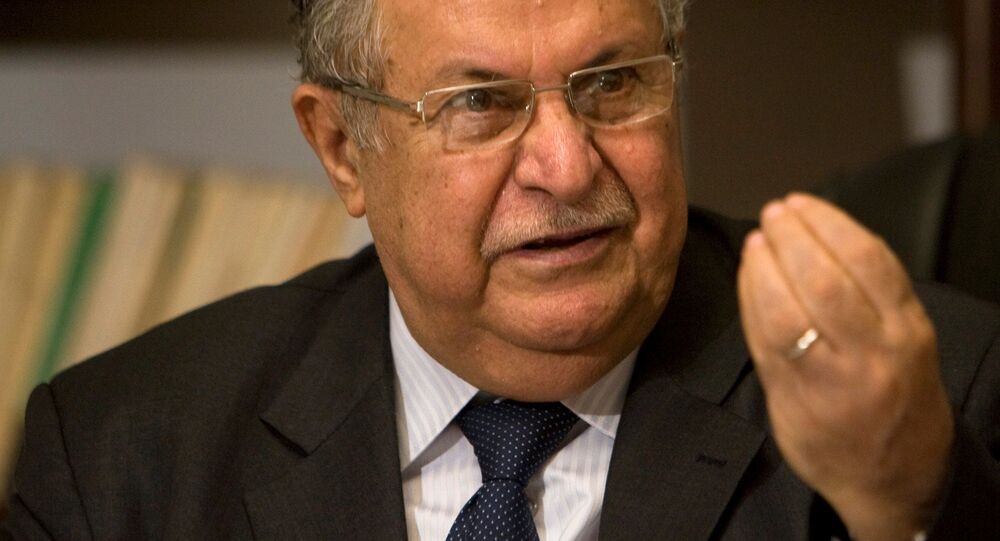 MOSCOW (Sputnik) – Former Iraqi President Jalal Talabani, who was also the leader of the Patriotic Union of Kurdistan, died on Tuesday aged 83.

According to the television channel Rudaw, Talabani died in Germany. He reportedly suffered a stroke in 2012.

Jalal Talabani, born November 12, 1933, was a prominent Kurdish and Iraqi politician who became president of Iraq since April 6, 2005 and held that role for nine years. He was born into the family of a a shaykh of the Koy Sanjaq branch of the Talabani family, in the village of Koisanjak. He left office nine years later after a stroke.

From the age of 13, he took an active part in public and political life, heading the youth organization "Union of Kurdish Students."