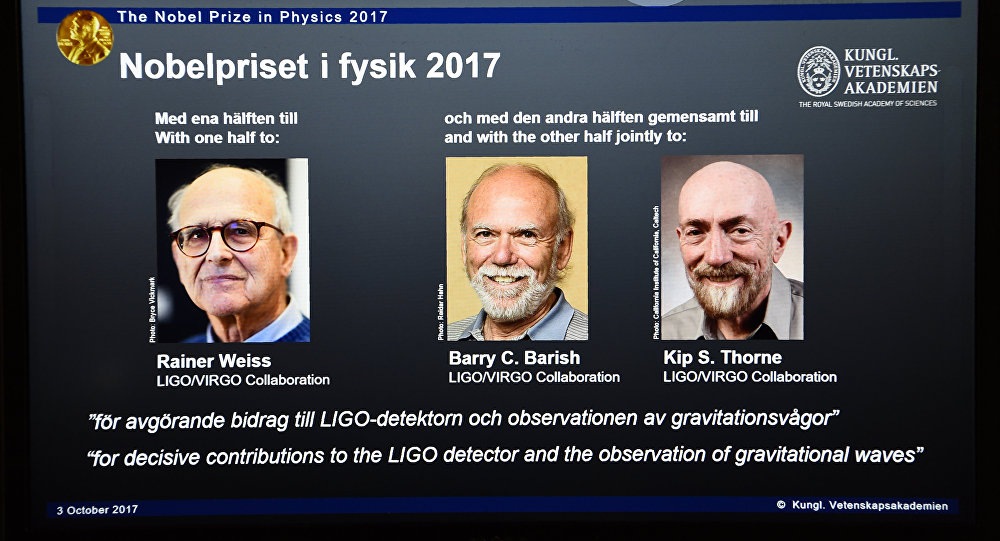 Barry Barish, Kip Thorne and Rainer Weiss of the United States have won the Nobel Physics Prize for the discovery of gravitational waves, the Associated Press reported.

"The Royal Swedish Academy of Sciences has decided to award the Nobel Prize in Physics 2017 with one half to Rainer Weiss and the other half jointly to Barry C. Barish and Kip S. Thorne for decisive contributions to the LIGO detector and the observation of gravitational waves," the statement read.

The Royal Swedish Academy of Sciences praised the "invaluable" contribution of Barish, Thorne and Weiss in the observation of gravitational waves for the first time in history by LIGO in 2015 following 40 years of efforts in the area.

The secretary of the Royal Swedish Academy of Sciences said Tuesday before naming the winners that the scientists made a "discovery that shook the world." 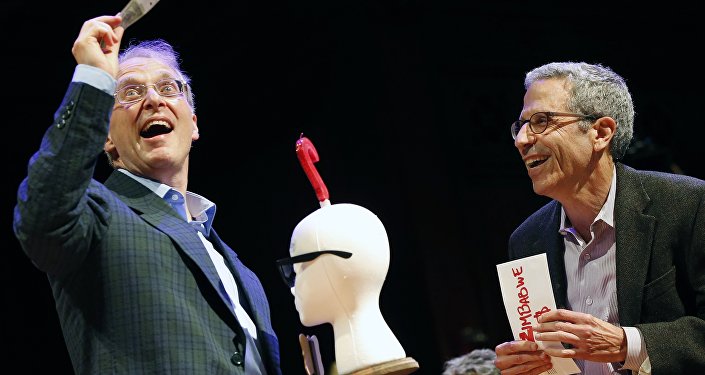 The gravitational waves were described by Albert Einstein in his general theory of relativity. The scientist, however, had doubts about the possibility of measuring them.

The Nobel Prize Award Ceremony will be held traditionally on December 10. In 2017, each Nobel Prize winner gets nine million Swedish crowns, approximately one million dollars.