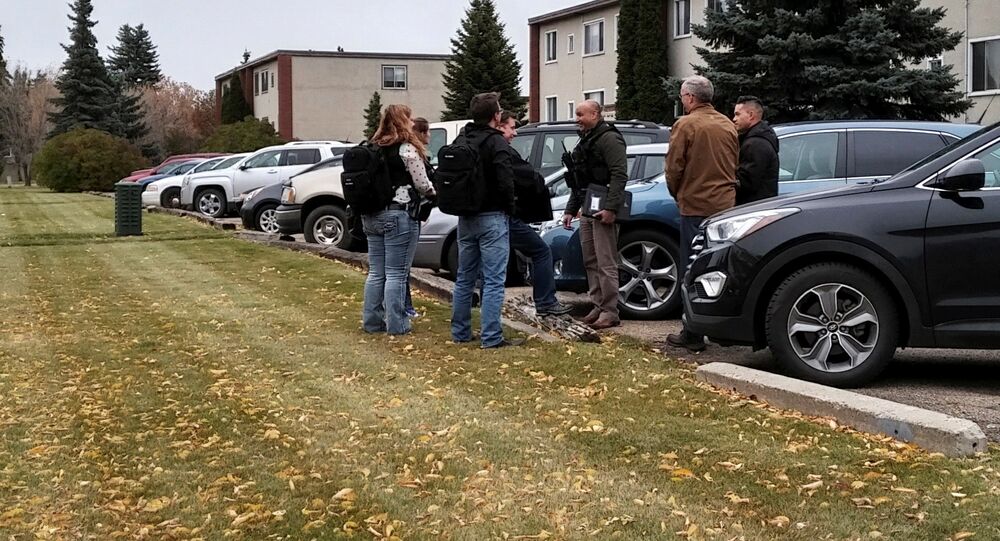 Canadian Police Confirm Somalian Terrorist Was Identified as Threat in 2015

Canadian police have identified the suspect as an asylum seeker from Somalia, who had already been under investigation before.

MOSCOW, October 2 (Sputnik) — The suspect, who had attacked a policeman and rammed a van into pedestrians in the city of Edmonton, was identified as Abdulahi Hasan Sharif, a 30-year old Somalian refugee, The Globe and Mail, one of Canada's largest daily newspapers, reported Sunday.

In 2015, investigators from the Royal Canadian Mounted Police received a note about a young man sharing extremist views. At the time, an investigation was launched, and Sharif and others were questioned by the police. The case, however, was closed with no further action, the newspaper added.

© East News / The Canadian Press
Far-Right, Antifa Standoff in Canada Leads to Checkpoint Closure on US Border
Late on Saturday, a car crashed into a police barricade near Commonwealth Stadium in Edmonton, after which the driver approached a policeman and stabbed him several times. He fled the scene on foot, prompting a large-scale manhunt in the city. According to Edmonton Police Chief Rod Knecht, a flag of the terrorist group Daesh (ISIS) was found in the vehicle.

At midnight police managed to locate the suspect in a van trying to escape. During the pursuit, the suspect deliberately hit four pedestrians; eventually, the van flipped. The attacker was taken into custody and a criminal investigation into his act of terrorism was launched. The victims are currently being treated in a hospital in Edmonton.