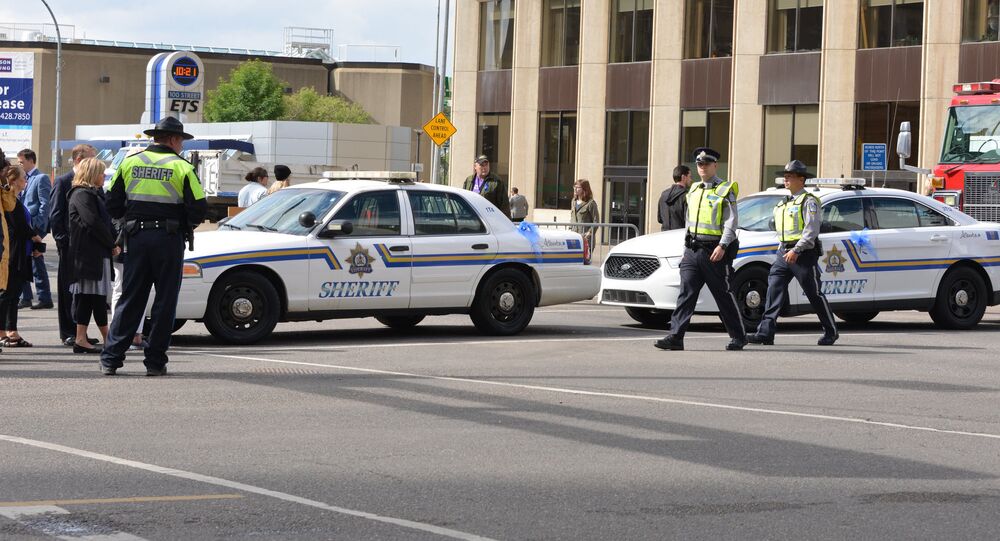 An unidentified man tried to ram into the crowd during a police chase in the Canadian city of Edmonton. Five people are injured.

On Saturday, a car crashed into a police barricade near the Commonwealth Stadium, after which the driver approached a policeman and stabbed him several times. He fled the scene on foot, prompting a large-scale manhunt in the city.

At midnight police managed to find the suspect in a van trying to escape. During the pursuit, the suspect deliberately hit four pedestrians until the van flipped. The attacker was taken into custody.

The local police services confirmed there was a Daesh flag in the attacker's car.

"Based on evidence at the scenes and the actions of the suspect, at 00:38 a.m. [06:38 GMT] today it was determined that these incidents are being investigated as acts of terrorism," Knecht said at a press conference.