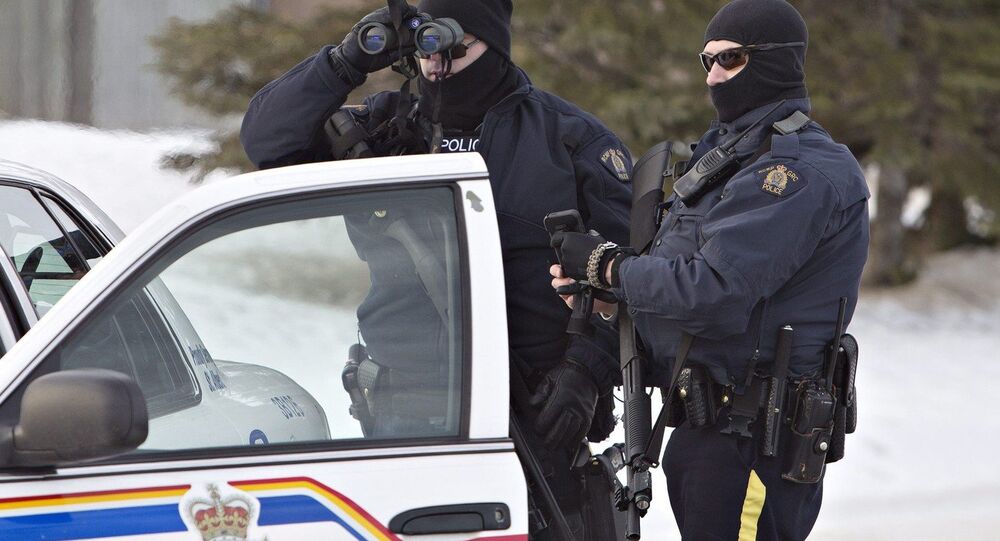 Canadian Prime Minister Justin Trudeau believes that Canadian citizens should have trust in the immigration system even though thousands of asylum seekers continue to pour into the country. Strong anti-immigrant sentiments in Canada are inevitably growing.

MOSCOW (Sputnik) — A standoff between far-right anti-migrant protesters and anti-fascist counter-protesters that took place in Canada near a checkpoint on the border with the United States forced police to temporarily close the checkpoint near St-Bernard-de-Lacolle in Quebec province, local media reported on Saturday.

About 300 members of the Storm Alliance ultra-nationalist group arrived at the border checkpoint near Lacolle, the CBC broadcaster reported. The Storm Alliance was also joined by La Meute ("The Wolf Pack"), another anti-immigrant, anti-Muslim group.

The Lacolle crossing was chosen deliberately as it was there that thousands of migrants have entered the country on foot fleeing the policies of US President Donald Trump.

Storm Alliance appealed to its supporters via Facebook to participate in the protest against the "destructive policy" of Canadian Prime Minister Justin Trudeau and his liberal government. The group, however, does not specify what exactly it hopes to achieve through this border demonstration.

In order to confront Storm Alliance and La Meute at the border about 100 antifa counter-protesters from the Solidarity Across Borders arrived at the scene from Montreal early Saturday. The Solidarity Across Borders is a group that focuses on delivering aid to asylum seekers and protecting them from deportation. The group condemns the stance of the Storm Alliance claiming that Canada is likely to benefit from the migrant influx economically as well as culturally.

The Canada Border Services Agency (CBSA) closed the Lacolle checkpoint for about four hours amid the standoff, rerouting traffic to other nearby points. The checkpoint was reopened after the Storm Alliance dispersed from the scene shortly before 3 p.m. local time (7 p.m. GMT).