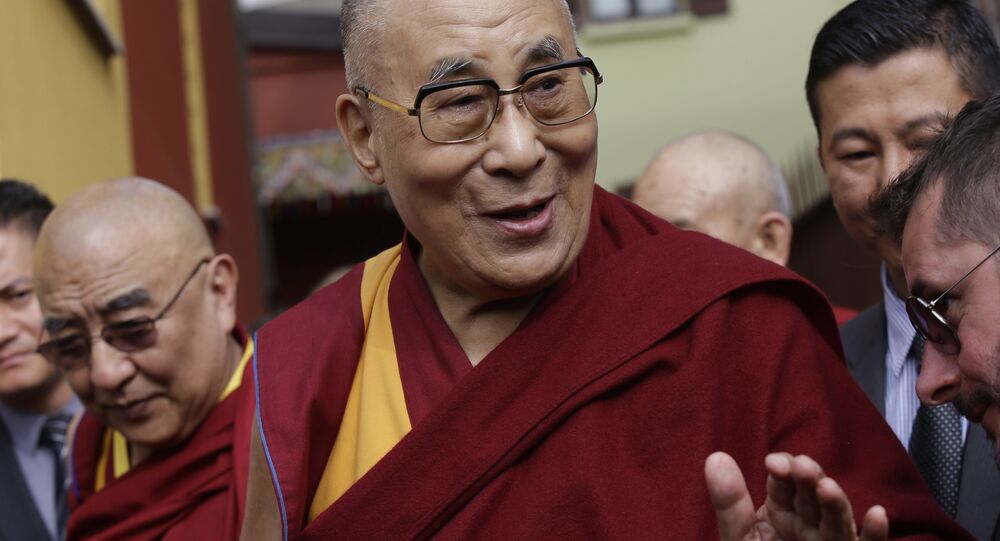 During a session of the Dalai Lama's teachings held for Russia and the Baltic countries, the Buddhist spiritual leader revealed a tactic, which can help people become more spiritual and to care about each other more.

His Holiness the Dalai Lama hosted a meeting with cultural figures, which took place in Riga within the framework of his Teachings for the Baltic States and Russia, organized by the Save Tibet foundation. One of the people attending the event wondered how to reduce outrage within Russia and the world, both significantly heated by media.

© REUTERS / Anuwar Hazarika/File photo
Unexpected Alliance: Dalai Lama Teams Up With Russian Scientists to Find Recipe of Global Happiness
According to the Dalai Lama, there is "too much competition" and "egocentrism" in our world. "People are lacking care about each other," the sage noted. "This is connected to an education system that is oriented toward material values. There must be lessons of spiritual, moral values, kindness," he explained.

However, the way we live cannot be changed in one second, the Buddhist spiritual leader added. There should be a system plan, which includes all institutions starting from kindergarten.

"Lessons of moral values should be introduced everywhere. They should be organized with reliance not on religion, but on common sense, universal values and research data," the Dalai Lama said.

With his help, several universities in India and the US are already working on the introduction of such training courses, and now he has called for other countries to join in.

"If we manage to create such an education system, with lessons of moral values, then in 20-30 years the situation with anger in the world will change for the better," the Dalai Lama stressed.