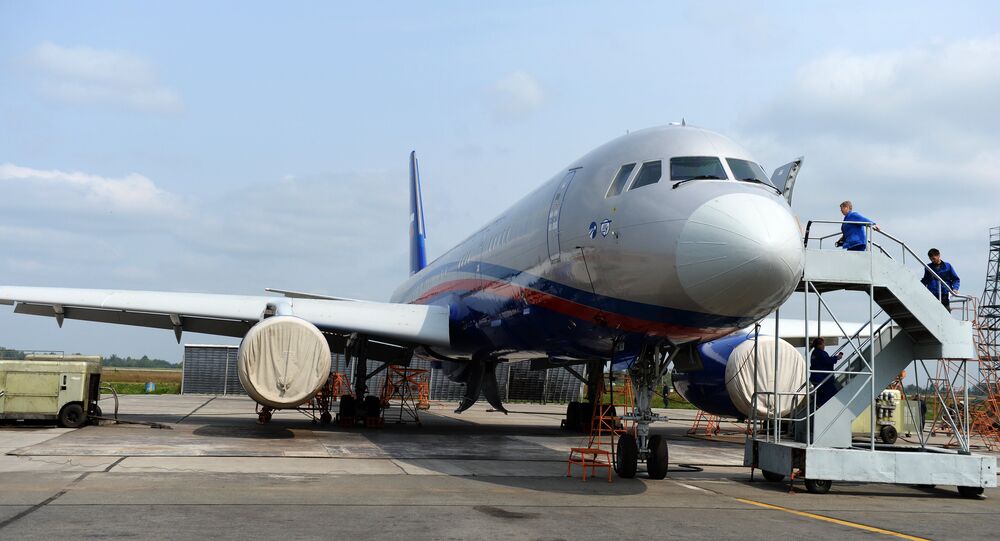 The US accuses Moscow of violating the Treaty on Open Skies and pledges to restrict Russian flights over the United States. However, new regulations introduced by Moscow concerning the flight range over Kaliningrad are in full compliance with the treaty.

MOSCOW (Sputnik) — Russia had to limit the flight range over Kaliningrad, which is consistent with the Treaty on Open Skies, as the flights by US US and NATO aircraft interfered with the operation of the Kaliningrad airport, Russian Foreign Ministry's spokeswoman Maria Zakharova said Thursday.

"Some of our partners, who possessed the right to conduct flights with a range of up to 5,500 kilometers [3,417 miles], used it for a large proportion of flights over the Kaliningrad Region, crossing the length and breadth of it and causing problems in the use of the region's limited airspace and to the Kaliningrad international airport," Zakharova said.

© Sputnik / Alexandr Kryazhev
Russia to Respond to US Restrictions on Open Skies Treaty – Foreign Ministry
The Foreign Ministry's spokeswoman noted that Washington claimed that the Russian authorities' decision prevented the United States from observing the whole territory of the Russian Federation within the arranged number of flights and was unlawful.

According to the Russian Foreign Ministry's spokeswoman, the new regulation was in compliance with the Treaty on Open Skies.

On Tuesday, US media reported that Washington was preparing to announce restrictions for flights of Russian military aircraft over the US territory under the Treaty on Open Skies. Russian Deputy Foreign Minister then specified that a number of limitations might enter into force from January 1, 2018.

The Treaty on Open Skies was signed by 23 members of the Organization for Security and Co-operation in Europe in Helsinki on March 24, 1992. Russia ratified the document in May 2001. The treaty stipulates that the signatories are entitled to overfly the territories of other states in order to observe their military activities.