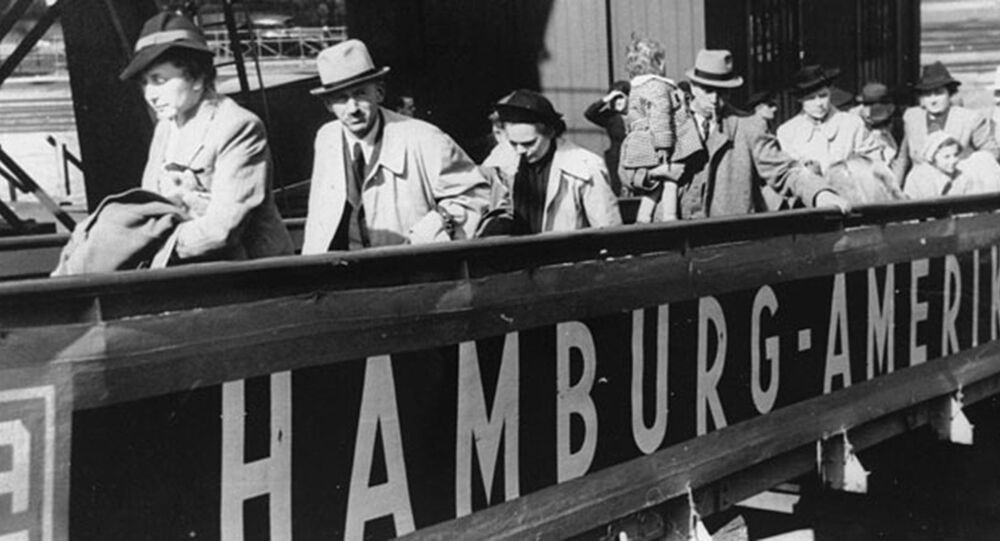 The St. Louis first attempted to bring more than 900 Jewish refugees to Cuba but was turned away in May 1939. The ship then sailed north to Florida, where authorities denied the refugees permission to enter the US, according to the United States Holocaust Memorial Museum.

During Trudeau’s Wednesday ribbon-cutting ceremony at the National Holocaust Monument in Ottawa, the Canadian leader stated “may this monument remind us to always open our arms and our hearts to those in need,” but did not specifically apologize for the fateful decision by the Canadian government to turn away Jews on the St. Louis seeking refuge from death camps. The prime minister did make a brief mention of the event but stopped short of issuing a true mea culpa, according to media reports.

According to the Canadian Press, a coalition of Canadian citizens urged then-Prime Minister William Lyon Mackenzie King to let the St. Louis drop anchor off the east coast of Nova Scotia. King rejected the group’s pleas.

Ultimately, 288 of the passengers would find refuge in Great Britain while 620 returned to continental Europe as part of an agreement between the governments of Great Britain, France, the Netherlands and Belgium, reports the United States Holocaust Memorial Museum.

According to Shimon Koffler Fogel, CEO of the Center for Israel and Jewish Affairs in Canada, “securing an apology for the MS St. Louis incident has long been a priority” for the center, the Jerusalem Post reported Thursday.

“We’ve been engaged in productive conversations with Parliamentarians on this issue and are grateful that Prime Minister Trudeau recognized this dark chapter in our history at the unveiling of the National Holocaust Museum earlier today,” Fogel said.

“Only by acknowledging our past mistakes can we ensure that in the future, our country will stand up for what is right.”