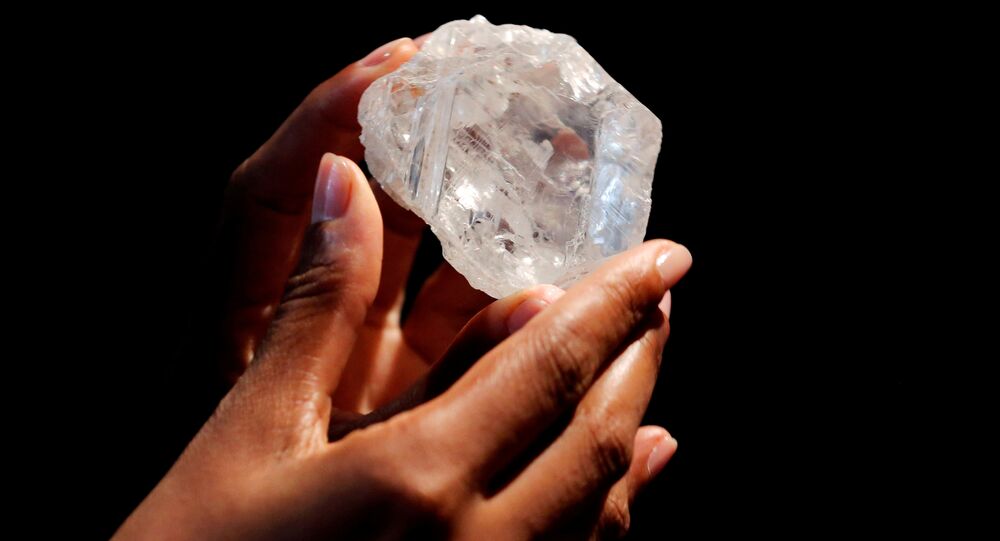 The Lesedi La Rona diamond has been sold in Canada for a whopping 53 million dollars.

Following a private sale, the 1,109-carat uncut stone finally went to luxury jeweler Graff Diamonds, which said in its press release that they are "thrilled and honored to become the new custodians of this incredible diamond."

"The stone will tell us its story, it will dictate how it wants to be cut, and we will take the utmost care to respect its exceptional properties," the company said.

The diamond, named Lesedi La Rona, which can be loosely translated as "our light", was discovered in the South African country Botswana in November 2015.

© Photo : Donald Bowers/Getty Images for Sotheby's
Too Big to Sell? ‘Lesedi La Rona’ Diamond Sent to Chopping Block After Striking Out at Sotheby’s
Lucara Diamond Corp tried to sell the diamond for more than a year. It went under the hammer for the first time at Sotheby's in June 2016.

At the time, the corporation hoped to obtain at least 70 million dollars for the stone, but the highest bid at the auction amounted to 61 million dollars.

In 1905, the 3,106-carat Cullinan Diamond was unearthed in South Africa, only to eventually be cut into several smaller pieces. Some of them are currently owned by the British royal family.