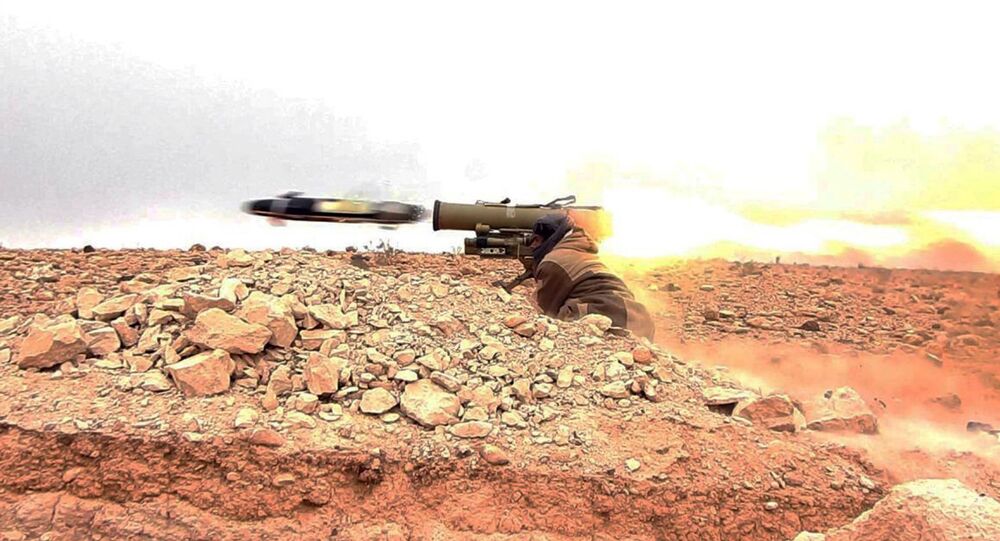 US Armed Forces' equipment deployed in Syria at Daesh positions proves that there is a collusion between Washington and the terrorists.

MOSCOW (Sputnik) — The photos that revealed the US Armed Forces' equipment deployment in Syria at Daesh positions is only the latest piece of evidence pointing to a connection between Washington and the terrorists, Syria’s Ambassador to China and former Ambassador to the United States Imad Moustapha told Sputnik.

"The images may be shocking to those who believed that the US-led alliance waas fighting terrorism in Syria… Collusion between Daesh, the so-called Syrian Democratic Forces, the US and Western military is a known fact that cannot be hidden anymore. It should be exposed to the world as it is: a flagrant support of terrorism by the very same [US President Donald] Trump's administration that continues to cry out loud about fighting terrorism," Moustapha said.

© AP Photo / Hussein Malla
Russian MoD: Aerial Footage Shows US Forces Present in Daesh-Held Areas in Syria
Moreover, the ambassador said that the United States used Daesh to "establish a foothold" for itself and its allies in the northeast of the country, in the Syrian region rich with oil and gas, and to create a buffer zone between Iran and Iraq, on one side, and Syria, on the other side.

"Daesh has served the long-term strategic interests of the US in both Syria and Iraq. We, in Syria, believe that the Daesh project and the US enterprise are tightly intertwined and correlated, they both are aimed at weakening and destroying the sovereign states in our region," the ambassador said.

Moustapha added that the United States itself "would be among the first to cast stones upon any country that manifests evident collusion with Daesh."