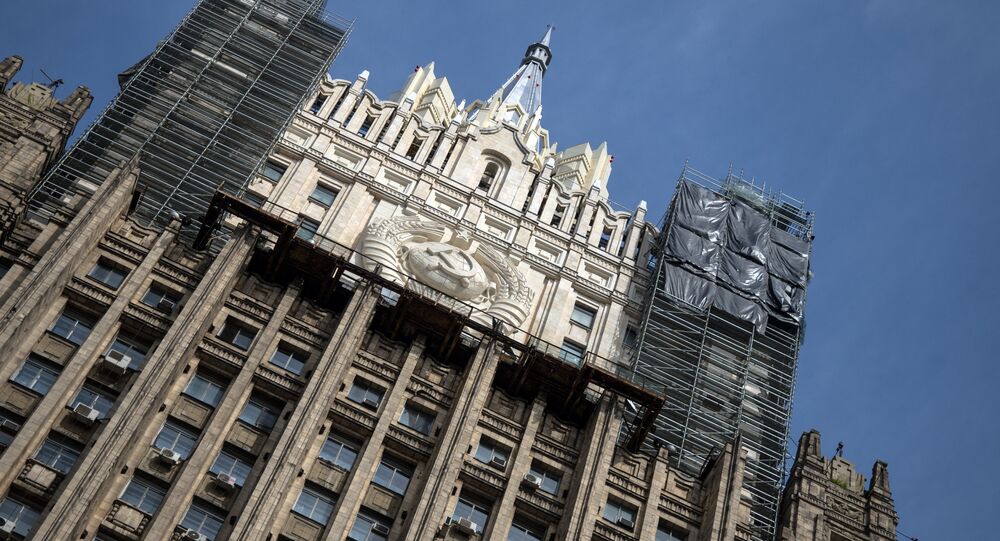 MOSCOW (Sputnik) — Moscow does not consider US complaints about Russia’s alleged violation of the Treaty on Open Skies to be reasonable, Director of the Russian Foreign Ministry's Department for Nonproliferation and Arms Control Mikhail Ulyanov, told Sputnik on Tuesday. Moreover, a compromise between to side is needed.

"As for the claims against us, we do not consider them grounded. In fact, the agreement is very complex, its provisions cannot always be straightforwardly interpreted, so it is necessary to look for compromises and solutions," Ulyanov said.

© Sputnik / Maksim Blinov
Russia to Start ‘Open Skies’ Observation Flight Over Poland on Monday
Moscow also does not rule out retaliatory measures in case Washington puts restrictions on the Russian observation flights over the US soil, Mikhail Ulyanov added.

"Yes, we know that US officials going to take such steps. There is a plenary meeting of the Commission on Open Skies today in Vienna. Apparently, they will formally announce their decisions there. As I understand, a number of restrictions are introduced, which will come into force on January 1, 2018… Naturally, we will have to study the decisions taken by the US side, with the participation of our military. I think that, most likely, we will talk about some kind of retaliatory measures on our part," Ulyanov said.

Earlier in the day, the Wall Street Journal reported that the US authorities were going to announce restrictions on Russian observation flights over the US soil within the framework of the Treaty on Open Skies, beginning on January 1, 2018. According to The Wall Street Journal, the new restrictions are caused by Russia’s alleged violating the treaty by enforcing additional limits over flights over Kaliningrad.

"We want to induce Russia to come back into compliance with the treaty," a senior State Department official said, as quoted by the media.

© Sputnik / Lev Polikashin
Russia to Carry Out Observation Flight Over US Under Open Skies Treaty
Moreover, according to the sources cited by the WSJ, the United States has considered restrictions on Russia’s flights over Alaska and Hawaii, among other possibilities.

Meanwhile, the Treaty on Open Skies was signed in March 1992 and entered into force on January 1, 2002. It became one of the major confidence-building and arms-control measures in Europe after the Cold War. The treaty has established a system of observation flights over the states party to the accord in order to gather information about their military forces and activities.

Moscow Concerned With US Assumptions of Clashes With Russia

US Shooting Itself in the Foot by Targeting Russia, China, Iran