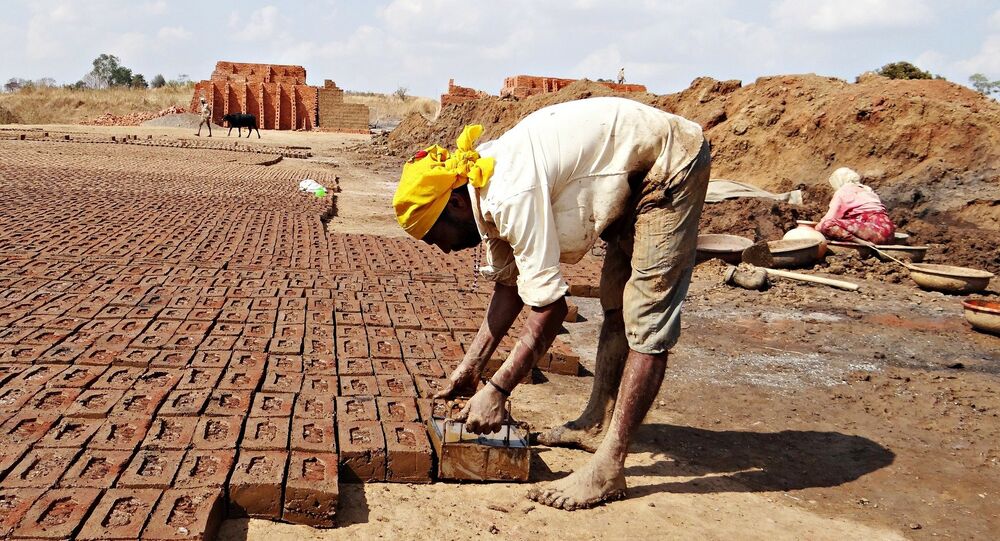 Modern Slavery Phenomenon: Labor Exploitation and How to Tackle It

Labor exploitation is not a question of culture, but rather a result of poverty, an expert on anthropology, Dr. Dorte Thorsen, said, commenting on recently released statistical data, according to which 40 million people had fallen victim to modern-day slavery in 2016.

The only solution to the problem of forced labor is creating new efficient regulatory mechanisms for the labor market, Dr. Dorte Thorsen, lecturer in anthropology in the School of Global Studies at the University of Sussex, told Radio Sputnik.

"I think the only way to really get to the roots of the problem of exploitation is to have a regulation of the labor market," Thorsen said.

"Culture is never a static thing. So, it's not about the culture being static and keeping young people in work prematurely. It's about economy, about social change. I think there is a long-term solution, which is to try to create more work and that is what is being done," she added.

© Photo : Pixabay
'They Produced the Food We Eat': Over 40 Million Ensnared by Slavery Globally
While agreeing that unpaid labor, especially among children, is unethical and immoral, and that countries must ensure decent working conditions and appropriate salaries for their citizens, the analyst believes that the reasons behind labor exploitation lie in the lack of proper labor programs and education facilities.

The problem is that there are no proper programs,and adults are working in the same "rudimentary working conditions," Thorsen argued.

The report highlights that almost three out of four slaves were women or girls, while one in four was a child. It adds that modern slavery is most prevalent in Africa as well as in Asia and Pacific regions.