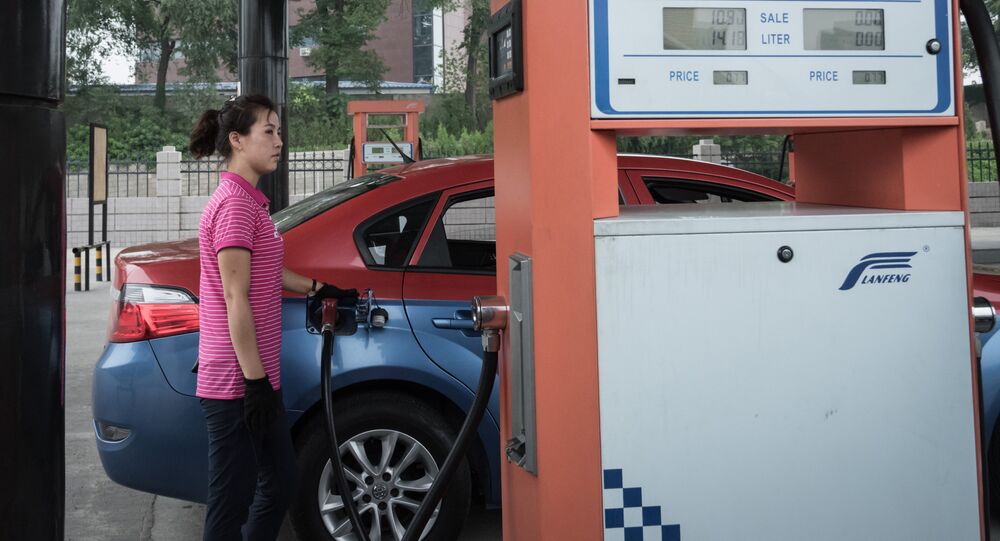 US President Donald Trump tweeting about "long gas lines in North Korea" is far-fetched given the low car ownership in the country, while the general burden of the latest UN sanctions against Pyongyang is also questionable, according to reports.

On Sunday, President Trump tweeted that he sat down with his South Korean counterpart Moon Jae-in to discuss the situation around North Korea and ask him how "'Rocket Man' is doing." The remarks came a week after the UN slapped a new round of sanctions on Pyongyang, which include a raft of restrictions related to crude oil supplies and gasoline exports that Washington believes should lead to a 30-percent reduction in overall oil supplies to North Korea.

The NK News, an American subscription-based website that provides news and analysis about North Korea, said that multiple sources in North Korea said that "there were no long queues for petrol in Pyongyang, where most traffic is concentrated."

Right now, there are about 300,000 cars in North Korea, which has a population of around 25 million people, according to The Guardian.

"Most passenger cars in the North are second-hand imports from China, but are still way beyond the financial reach of most people," the newspaper said, citing "heavy regulations" related to private car ownership in the country, including the capital Pyongyang.

Experts from the US-based Nautilus Institute for Security and Sustainability, for their part, said in a report that the new US sanctions will hardly have a negative impact on the North Korean military or nuclear weapons program.

North Korea "will quickly effect a combination of additional energy end-use efficiency, outright cuts, and the substitution of non-oil energy forms to manage the cuts" in oil supplies, the report read.

Earlier, Nikki Haley, the US ambassador to the UN, said that North Korea was starting "to feel the pinch" of the sanctions which resulted in Pyongyang being "cut off from the world".

https://t.co/yMky84gXjw🔹President Trump and the President of South Korea want even tougher sanctions against NKorea🔹Will they work?🇺🇸🇺🇸

Last week, the UN Security Council passed a new round of sanctions in retaliation for North Korea's most powerful nuclear test ever, conducted on September 3. The resolution bans Pyongyang from exporting textiles while capping how much crude oil and refined petroleum products can be imported.

© AP Photo / credited to AP
Black Market Bombsquad: How North Korea Gets Around UN Sanctions
Natural gas condensates and liquids are also included among the items North Korea is restricted from importing in excess of UN guidelines, the resolution says.

If nearby states have reasonable suspicion that ships transiting to North Korea are carrying prohibited items, those ships should undergo inspection by the proper authorities, according to the UN-drafted resolution.

North Korea is suspected of having conducted its sixth and most explosive nuclear test ever at the Punggye-ri nuclear test site in the nation's isolated North Hamgyong province.