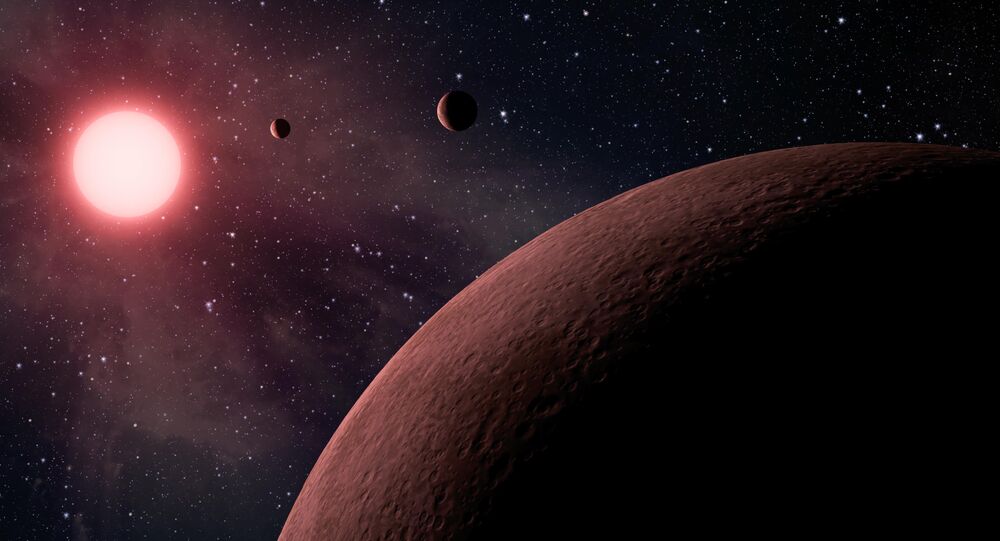 Since the launch of NASA's Kepler mission in 2009, the spacecraft continuously monitored more than 150,000 stars in search of transiting exoplanets and secured for itself a reputation as a most prolific planet hunter. Even after the loss of two of its four reaction wheels in 2013 brought an end to the four-year mission, the space observatory has found new life in the form of its K2 mission and started performing high-precision photometry of selected fields in the ecliptic.

© CC0 / Pixabay
New NASA Probe to Dig Up Dirt on Martian Interior in 2018
Over its 8-year journey, Kepler helped detect more than 2,400 exoplanets, but the most recent discovery could be the most important so far.

Located around 97 light years away from the Earth, this star is the closest exoplanet host found to date, its proximity and brightness providing rare opportunities for investigation.

"Our preliminary analysis shows the GJ 9827 planets are excellent candidates for atmospheric observations," the team writes in their paper, published Sept. 6 on arXiv.org.

The newly found planets were classified as "super-Earths" as they have masses higher than Earth's but lower than that of Solar System's gas giants. They are also located very close to their host star, completing orbits within 6.2 days.

The astronomers plan to conduct more detailed studies of this system with next-generation instruments like the James Webb Space Telescope (JWST), which is set to launch in 2018.