'You Can Only Die Once': Ex-US Cold War Spy Breaks His Silence (EXCLUSIVE)

The Glienicke Bridge between Berlin and Potsdam has entered Cold War history as the famous 'Bridge of Spies', even becoming the subject of the 2015 Hollywood drama of the same name. Sputnik secured an exclusive interview with Eberhard Fatkenheuer, one of the last Western spies to be cross the bridge at the twilight of the Cold War.

Glienicke Bridge was used to exchange Western and Soviet Bloc agents three times: in 1962, 1985, and 1986. Last Thursday, speaking to reporters at the Berlin Museum of Espionage at an event dedicated to the famous Cold War monument, former Der Spiegel editor and author Norbert Potzl, an expert on the subject, explained that where the first exchange took place in secret, the second and third became media sensations, first in the United States and then in East Germany.

Potzl has written two books about the subject, including 'The Spy Bazaar', on the exchanges themselves and the stories behind them, and 'Mission Freedom: Wolfgang Vogel – Attorney of German-German History', about the East German lawyer who led negotiations from East Berlin.

According to Potzl, Steven Spielberg's 2015 film 'Bridge of Spies', a dramatization of the first exchange, which took place on February 10, 1962, contained "many historical flaws." It was based mainly on the "embellished" memoirs of James B. Donovan, a New York lawyer who took part in the exchange on the American side, he said.

On June 11, 1985, Eberhard Fatkenheuer became one of the 25 Western 'weekend agents' to exchanged on Glienicke Bridge for four high level Eastern Bloc agents. At Thursday's event, he spoke to the media his story. 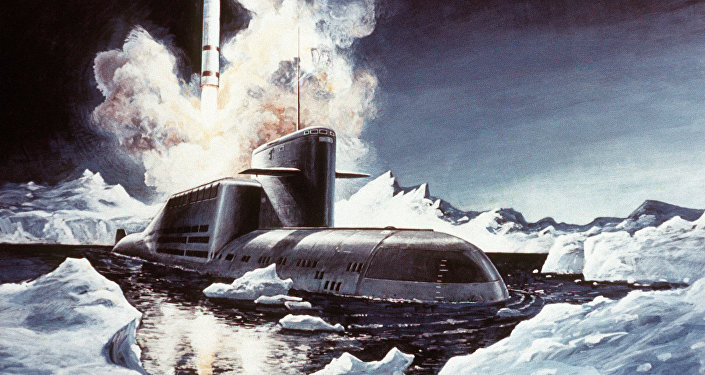 © CC0
Secret CIA Docs Reveal What Worried US Intel Most About Soviet Naval Capabilities
Beginning in the mid-1970s, as a so-called 'weekend agent', Fatkenheuer began collecting and transmitting information about Soviet military activity in East Germany and East German military facilities. In 1979, he was caught and arrested by the Stasi – the fearsome East German secret police, and sentenced to 13 years in prison. In 1985, his name appeared on the registry of Western agents who may be exchanged for their Eastern Bloc counterparts.

Fatkenheuer explained what motivated him to allow an Austrian friend of his to recruit him as an agent for US military intelligence. According to the spy, the United States represented everything good and positive for him – from its music and films to American GIs' treatment of locals in occupied post-war Germany. They, he said, had not raped as many German women "as the Russians did." Furthermore, the young man had grown bitter toward the East German system after some careless remarks in university forced him to quit his studies.

"For me, America was the land of freedom," Fatkenheuer said, adding that only later in his life would he awaken from these "almost childish ideas." At the time, however, the newly-minted secret agent said he felt extremely proud after having been recruited.

'The US Showed Little Interest in Weekend Agents'

After being caught and imprisoned, the spy said that he had to come to terms with the fact that his employers did not show much interest in him. He was not rescued or released, as he was promised. "Unfortunately, these were just empty phrases," he told Sputnik.

Fatkenheuer believes that his name probably appeared on the list of 25 Western agents for exchange in 1985 due to some calculations by the Stasi, who figured that he had little use as a prisoner.

© CC0 / NNSA / Nevada Site Office / The BADGER explosion
Nuclear Parity: First Soviet Atomic Bomb as Game Changer in Cold War
Following the ordeal, the former US agent became one of the most famous living former spies in Germany. He gained fame in his country after his story was shown in the 2004 television documentary 'Exchange of Eastern Agents for Western Agents'. He also wrote a book about his experiences in 2011.

When he was freed, Fatkenheuer described it as an amazing feeling. "I just waited and hoped that it would all end. The fact that this occurred was very unexpected for me. It occurred when, in the middle of my work day [at Berlin-Pankow prison], I was taken away. This was simply an amazingly sweet feeling. My time in prison had come to an end. It was wonderful."

Fatkenheuer says he has forgiven the Americans for abandoning him. He received monetary compensation, and still has the letter of gratitude he received from US President Ronald Reagan. Asked by Sputnik to summarize his life and experiences as a spy, Fatkenheuer answered: "You can only die once."