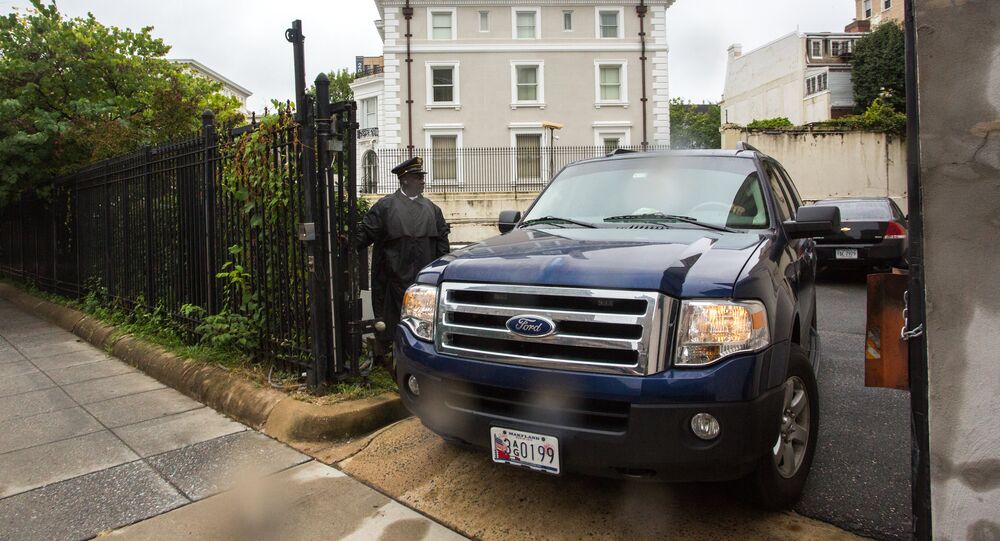 Russian Foreign Ministry spokeswoman stated that US actions in relation to the Russian diplomatic property in the United States destabilize not only relations with Russia, but also the international order.

"The episode with the search is not the first time that the United States has allowed a flagrant violation of international law. This behavior is unworthy of a subject of international law, a permanent member of the UN Security Council," Zakharova said.

"Unfortunately, it threatens to turn not just into a precedent, but into a new American tradition. I believe that in this way the US destabilizes not only Russian-American relations, but also the global international order," she said.

© AFP 2020 / MLADEN ANTONOV
Russia Unlikely to See Justice in US Courts Over Diplomatic Property Dispute
US security services, including the Federal Bureau of Investigation (FBI) are behind the seizure of Russian diplomatic property in the United States, Russian Foreign Ministry spokeswoman Maria Zakharova said on Friday.

“This week, much was said about raids [in Russian diplomatic compounds in the United States] which were initiated by the FBI as we understand… Without a doubt, according to our information, as we understand it, the personnel of the US security services and the FBI are directly behind everything going on regarding Russian diplomats,” she said at a briefing.

The seizures come in light of escalating tit-for-tat between the two nations, following the expulsion of 35 Russian diplomats in December 2016 and hundreds of US diplomats from Russia in July 2017.