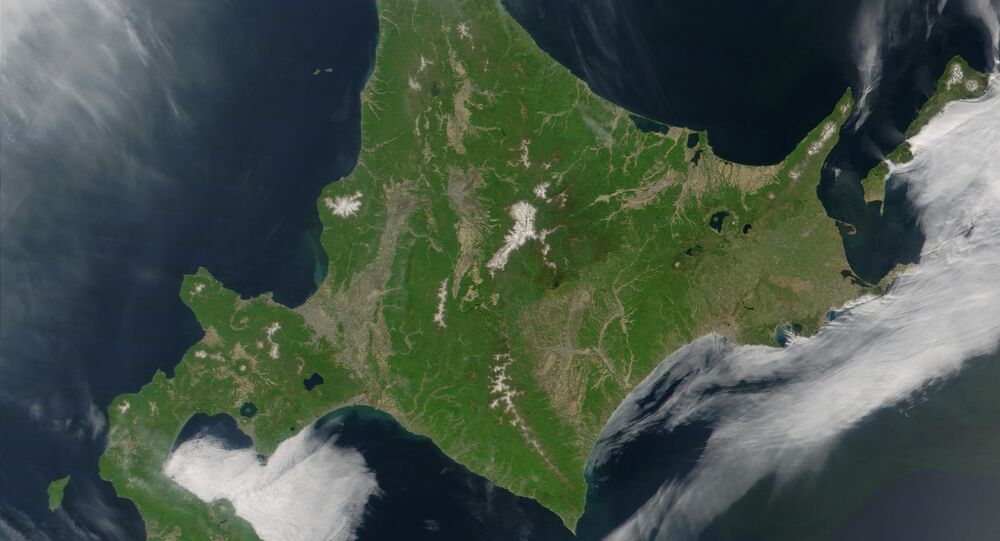 Economy Minister Hiroshige Seko says that Japan is studying feasibility of a project to link its northernmost island of Hokkaido with Russia’s Sakhalin via a road-and-rail bridge.

VLADIVOSTOK (Sputnik) — Japan is studying feasibility of a project to link its northernmost island of Hokkaido with Russia’s Sakhalin via a road-and-rail bridge, Economy Minister Hiroshige Seko told Sputnik on Thursday.

Russian Deputy Prime Minister Igor Shuvalov said during the Eastern Economic Forum on Wednesday his country had offered Japan to build the transport connection, which would make Japan a "continental power."

"We are conducting feasibility studies of several projects and need to wait for their results. The aforementioned project is a big one so we must first get clear about the position of our countries’ leaders," Seko said on the sidelines of the EEF in the coastal city of Vladivostok.

© Sputnik / Sergey Krasnoukhov
Moscow Proposes Tokyo to Build Rail-And-Road Facility From Hokkaido to Sakhalin
The minister added the project also needed broad backing of people in both countries. He said japan was bent on pursuing projects that benefited the peoples of the two nations in line with the eight-point cooperation plan tabled by Prime Minister Shinzo Abe.

Japan’s trading giant Mitsui & Co told Sputnik at the Vladivostok forum it was ready to consider participating in the bridge project if it were deemed profitable for both countries.

"We do not see a concrete project at the moment, we need to consider its profitability. But if it turns out to be a good project and if it is of benefit to both states, we will have an optimal look at it," Masami Iijima, the chair of Mitsui’s board of directors, said.

If constructed, the link would stretch from the southern tip of Sakhalin to Hokkaido across the narrowest part of the Strait of Tartary. It is estimated to be 7 to 10 kilometers long (4.3-6.2 miles).