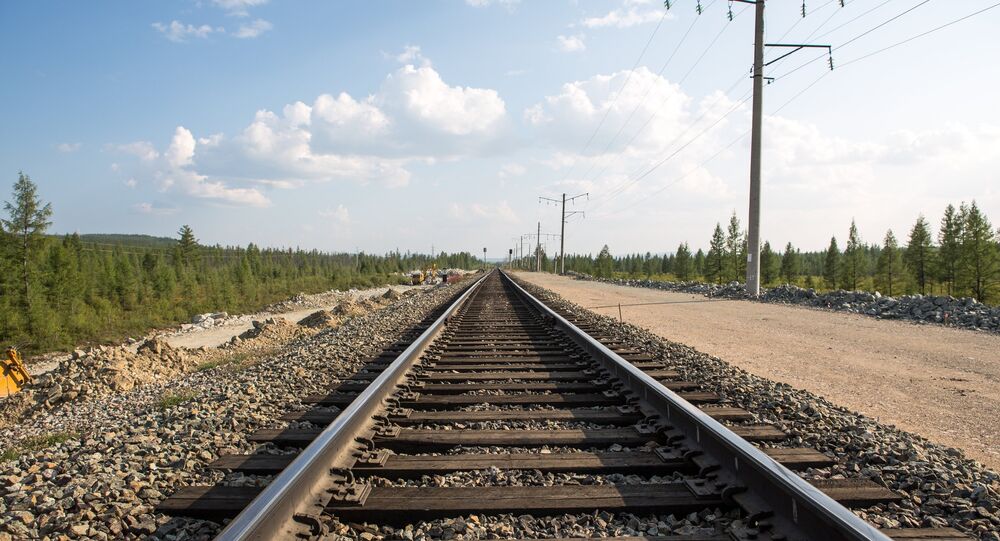 The Eurasia high-speed railway (HSR) has raised interest among foreign investors at the BRICS summit, according to the RDIF's CEO Kirill Dmitriev.

VLADIVOSTOK (Sputnik) — The Russian Direct Investment Fund's (RDIF) CEO Kirill Dmitriev has noticed that the Eurasia high-speed railway (HSR) is drawing interest among foreign investors at the BRICS summit. However, RDIF had not yet decided on entering the project

"We discussed the Eurasia high-speed railway project with partners on the sidelines of the [BRICS] summit. We are now looking at it more actively, and see that RZhD [Russian Railways] already has significant progress on the model which shows more interesting yield now. Moreover, it has raised investors' interest. Cargo transportation through Russian territory is also among its' main fuctions. The project has prospects to be realized," Dmitriev said on the sidelines of the Eastern Economic Forum (EEF) in the Russian city of Vladivostok.

© Sputnik / Konstantin Chalabov
From Beijing to Berlin: Russian Company Ready to Build Trains for 'Eurasia' High-Speed Railway Project
According to Dmitriev, Russia is positioned correctly within the framework of this project — as a logistical corridor between China and Europe.

The Eurasia project is supposed to bridge the railway network of the China Railway Corporation with the Euro Carex, a high-speed freight network. The track will be almost 10,000 kilometers (around 6,200 miles) in length, and speeds on railway are set to reach up to 300 kilometers per hour. The project is scheduled to be finished by 2035.