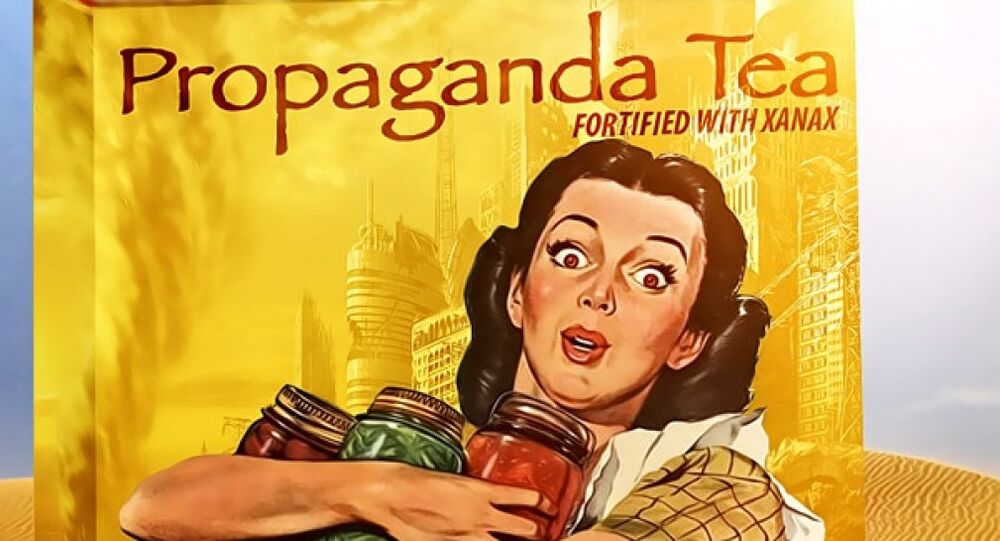 'White' and 'Gray' Propaganda: All You Need to Know About Fake News

In an interview with Sputnik Germany, Kopp reveals the origin of propaganda and how it is used to achieve certain goals.

In his book, Kopp draws attention to the fact that state-sponsored propaganda was not invented by the East during the Cold War. It was a communication tool developed by the US 100 years ago.

"In 1917, the world's first state propaganda apparatus was created in the United States. President Woodrow Wilson approved the annual funding of the Committee on Public Information (CPI) in the amount of five million dollars. Foreign newspapers were supplied with positive information about the US; exhibitions and posters, as well as books that were distributed abroad, had to show the United States in a positive light. The committee funded hundreds of thousands of speakers, writers, journalists, cartoonists, advertising agents and government officials around the world. The methods of "white," "gray" and "black" propaganda were used by the US, and on this keyboard the Americans have been playing for decades," Kopp said.

© REUTERS / Axel Schmidt
Blind Sided: Germany Repeats US Propaganda 'Without a Backward Glance'
According to Kopp, the United States behaves the same way today. Washington acts in accordance with the principle that someone who contradicts US policy or opposes it, is criticized for their "anti-American" attitude, he noted.

Kopp himself was responsible for spreading misinformation in Germany, in particular to prevent the re-election of Willy Brandt as German chancellor.

In an interview with Sputnik Germany, Kopp revealed what types of propaganda the GDR (German Democratic Republic) had used to achieve its goals.

"We tried to make 'gray' and 'white' propaganda. ‘Black propaganda' is when all things are invented, and you can immediately understand that the information is not true in all aspects. But ‘white' and ‘gray' propaganda is based on half-truths or truth, which is mixed with information that doesn't 100 percent correspond to reality," Kopp said.

According to the former Stasi employee, both options are based on verifiable facts, which, however, are "exacerbated" in order to achieve certain goals.

Such propaganda was especially used in the first years of the existence of the GDR to influence public discussion and politics in the FRG (Federal Republic of Germany).

"This policy was determined by constant attacks on the GDR and socialist countries. Our task was to fight this trend and show our position to the people of Germany. Thus, we tried to create sources, establish contacts with publishers, media leaders and information bureaus. We created our materials, combined semi-legal, legal and fictitious things, and tried to convey them to these people, so that the materials reach the public," Kopp noted.

© Flickr / Philippe Put
US Intelligence Report on 'Russian Hacking' Example of 'Propaganda Merry-Go-Round' - Russian Foreign Ministry
According to Kopp, the goal of such activities was "to preserve peace and guarantee the internal security of the GDR."

He noted that most media reports in the GDR were 90 percent true and 10 percent invented. However, there were also news stories that were 100 percent fictitious or 100 percent true, Kopp concluded.