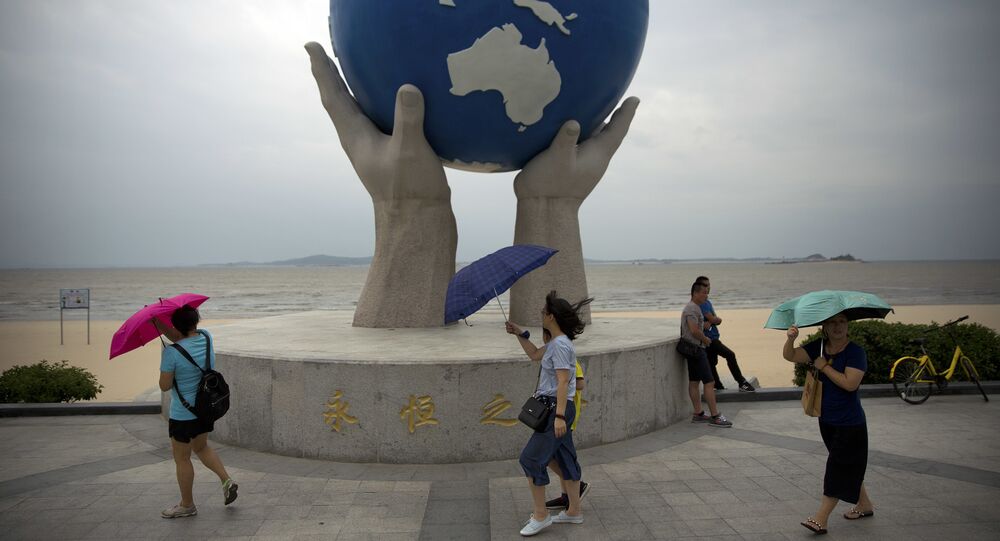 Delegate to the BRICS Business forum Jane Sun said that she hoped that the summit participants would take action to increase female leadership around the world.

XIAMEN (China) (Sputnik) – The CEO of the world's second largest online travel agency by market cap Ctrip, based in China, said in an interview with Sputnik on the BRICS summit sidelines that she hoped that the summit participants would take action to increase female leadership around the world.

"Ctrip is taking leadership in women entrepreneurship. We are a very female-friendly environment. But I am the only female CEO in the Internet space. I hope that BRICS leaders will be able to see women as a positive addition to the leaders," Jane Sun said.

© Sputnik / Zhanna Manukyan
Brazil Aims to Boost Economic Development at BRICS Summit in Xiamen
Sun is a delegate at the BRICS Business Forum, which runs in parallel with the leaders' meetings. This year, same as the previous year, she is the only female CEO attending the forum.

"This time again I am the only female CEO here. We need to do more, for sure," Sun stressed.

Russian President Vladimir Putin suggested in his article published ahead of the summit creating a specialized online resource that would help support women in business networking. Putin said Russia was advocating a public-private dialogue called "The Women and The Economy" to encourage regular debates among BRICS businesses and experts, women’s associations and government agencies.

Earlier on Sunday, Chinese President Xi Jinping opened a BRICS Business Forum, a major side event of the bloc's summit, scheduled for September 3-5. The forum is held in the city of Xiamen on China's southeast coast.