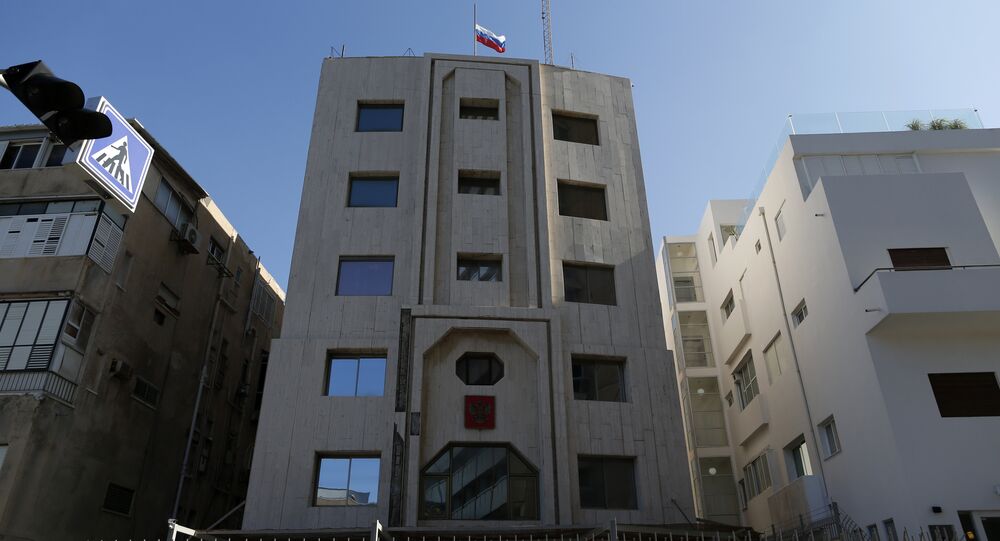 Moscow Grateful to Israel for Non-Participation in Anti-Russian Sanctions

TEL AVIV (Sputnik) — Moscow is grateful to Israel for refraining from introducing sanctions against Russia and pursuing an independent policy which does not depend on relations with other countries, Russia’s Ambassador to Israel Alexander Shein said Friday.

"We truly appreciate that Israel, although allied with the United States… has not joined the Western sanctions against Russia and is carrying out its own independent policy with regard to Russia," the ambassador told the Walla news outlet.

© REUTERS / Alexandros Avramidis
Netanyahu Says Meetings With Putin Serve to Promote Security of Israel, Russia
Shein also thanked Israel for its neutrality with regard to Russian-Ukrainian relations and added that Russia's relationship with Israel was not influenced by the latter's ties to the United States.

The ambassador admitted that Russia and Israel did not always see eye-to-eye on regional and global matters, but were usually able to agree with each other and cooperate in many fields.

"Of course, this is a partnership," Shein told the outlet.

With regard to the Middle East, the ambassador said that Russia intended to have smooth relations with all countries, without preference, in the region.

© REUTERS / John MacDougall
'Gone too Far': 'Silent' EU Changes Tone Now Anti-Russian Sanctions Hit Them Too
Shein also mentioned Iran's nuclear program, which is a source of concern for Israel, and said that Russia was against Iran obtaining nuclear weapons and would not allow it to happen.

In July 2015, Iran, the European Union and the so-called P5+1 group of nations, comprised of the United States, Russia, France, Germany, the United Kingdom and China, signed the Joint Comprehensive Plan of Action (JCPOA), also known as the Iranian nuclear deal, which implies the lifting of nuclear-related sanctions on Iran in exchange for assurances that Tehran’s nuclear program would remain peaceful.

US Sanctions Not to Hamper Nord Stream-2 Project Implementation - Gazprom