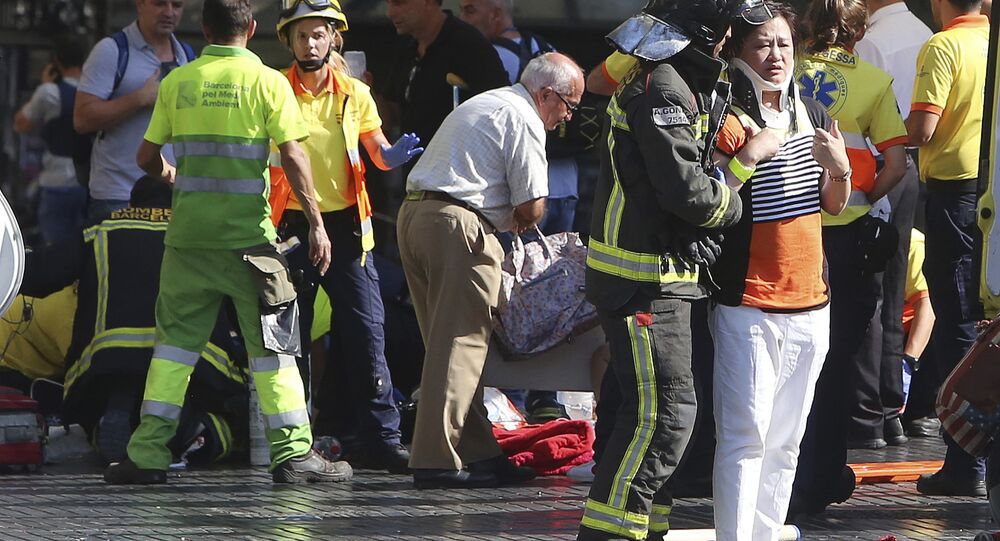 After the terror attack in Barcelona, Spain is debating whether to continue its arms sales to Saudi Arabia. Thousands took to the streets on Saturday to urge King Felipe VI, Prime Minister Rajoy and other top officials to halt the deliveries. However Spanish political analyst Pere Ortega explained to Sputnik why this outcome is highly unlikely.

After the deadly terror attack in Barcelona, thousands of people took to the city streets to urge King Felipe VI, Prime Minister Mariano Rajoy and other top officials to halt arms deliveries to the Middle East countries, including Saudi Arabia, elements of which have enabled the Islamist networks to carry out terror attacks in Europe.

"Felipe, if you want peace you don’t do weapons trafficking" and "Mariano, we want peace not weapons sales," the banners said.

Saudi Arabia, he said, is Spain's best client outside Europe.

"Spanish military exports to the Middle East are approximately one billion euros, which is hundreds of millions of euros per year. This is very serious money and Madrid is unlikely to abandon this business," Pere Ortega told Sputnik.

According to Ortega, these deliveries violate Spanish legislation in terms of arms sales, as well as the international Arms Trade Treaty, which bans the deliveries into countries which violate human rights and conduct military operations.

© AFP 2020 / LEON NEAL
Bloody Business: UK Sticks to Saudi Arabia to 'Make Money From Private Arms Companies'
The Spanish government however rules out any violations. Spain was one of the first to sight this UN treaty in June 2013. After the start of Yemeni military conflict in 2014, Madrid insisted that all the contracts on the arms deliveries to Saudi Arabia include a ban on re-export and resales of arms outside its territory. In addition, Madrid demanded Riyadh provide guarantees of its compliance with these clauses of the contracts.

According to the report of Spain's Ministry of Economy, Industry and Competitiveness, in 2016 Riyadh purchased arms from Spain worth 116.2 million euros. The Armed Forces of Saudi Arabia were the major purchaser (84.94%). 11.83% were purchased by the country's police and the remaining 3.23% by private companies.

Among the weaponry acquired in 2016, there are two refueling aircraft, artillery shells, bombs, torpedoes, missiles and various military vehicles.

However, Pere Ortega is convinced that a large volume of weaponry leaves the borders of this Middle Eastern country.

"Saudi Arabia is conducting military operations in Yemen. Moreover, it has been supporting armed groups in Syria. Thus the Spanish are being used in these conflicts. The same is true about the arms Spain supplies to other countries of the region. And they might have been used in the terrorist attacks which have recently hit our country," the Spanish expert told Sputnik.

Similar accusations have been recently voiced by Spanish media, which recalled that Spanish arms have been repeatedly spotted in Yemen since 2015. The most outrageous case was the capture of a C90 hand grenade, the product from the Spanish defense firm Instalaza S.A., which was initially sold to Saudi Armed Forces who were then captured by Houthis rebels.

​Along with other experts, Pere Ortega therefore hopes that in the long run Spain will join Germany and the Netherlands and refrain from arms sales to Saudi Arabia.