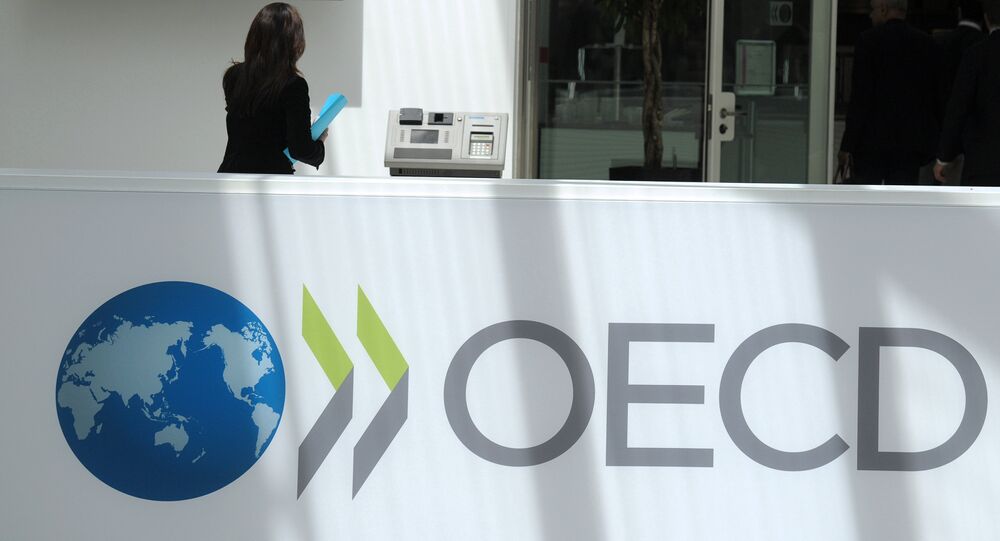 The OECD senior management wants Russia to become a member-state, despite objections from a number of countries, as Russian Economic Development Minister Maxim Oreshkin said Tuesday.

"The main problem is that there are certain countries in every area, which are hindering the progress of [Russia's] involvement in the organization's activities, even though we see that the OECD chief and executives have expressed the desire to cooperate more actively with Russia, and to see Russia among its member states," Oreshkin told journalists after the meeting with OECD Secretary-General Angel Gurria.

© Flickr / OECD
OPEC Lifts 2016 OECD Growth Forecast to 1.7% Due to US, Japan Performance
However, the minister did not specify which countries exactly impeded Russia's participation in the OECD. He also noted that despite the fact that the talks on Russian membership had been suspended several years ago, Russia continued to adopt the best practices of the organization.

"We are participating in committees and a number of important processes… We will try to gradually enhance our cooperation, and look for areas where we can further advance," Oreshkin said.

In March 2014, the OECD suspended talks on Russia’s membership amid the Ukrainian crisis.

Russia Won’t Impose on OECD if Threatened With Sanctions – Medvedev