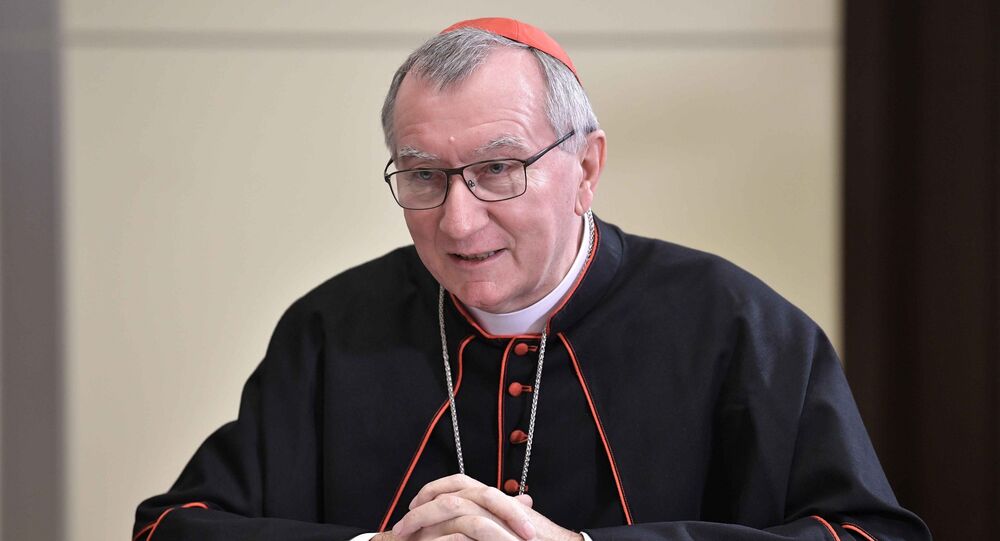 Vatican Secretary of State said that Russia is meant to play an important role on the international arena due to its geographical position and history.

VATICAN CITY (Sputnik) – Russia is meant to play an important role on the international arena due to its geographical position and history, and is responsible for achieving peace in the world, Vatican Secretary of State Cardinal Pietro Parolin said Friday.

Parolin's statement comes after his visit to Russia earlier this week, during which the Vatican state secretary met with Russian President Vladimir Putin, Foreign Minister Sergey Lavrov, Patriarch of Moscow and all Russia Kirill and Metropolitan Hilarion of Volokolamsk, the chairman of the Moscow Patriarchate's Department for External Church Relations.

"Russia, for its geographical position, its history, its culture, and its past, present, and future, has an important role to play in the international community and in the world. Therefore, it has a particular responsibility regarding peace: both the country and its leaders have a great responsibility to build peace, and they must truly strive to put the higher interests of peace above all other interests," Parolin was quoted as saying by the Vatican Radio.

© Sputnik / Sergey Guneev
Vatican Satisfied With Progress in Bilateral Relations With Russia
The Vatican secretary of state added that the outcome of his visit to Russia was "substantially positive," characterizing his meetings with the Russian and Orthodox Church leadership as "important and constructive encounters."

Parolin's visit was the first of a Vatican state secretary to Russia since 1999.