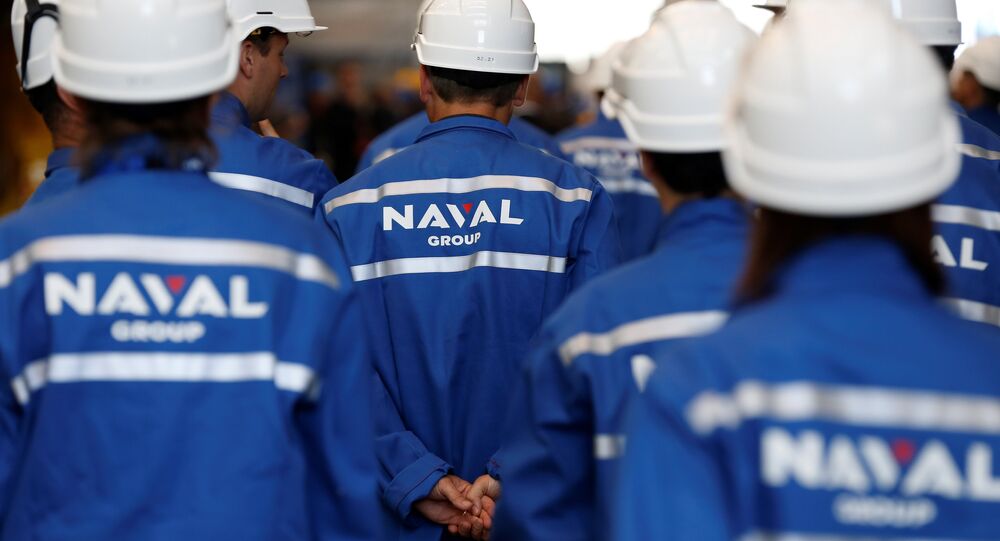 It appears that a corruption probe launched by French prosecutors into a contract for the sale of several submarines to Brazil may create serious problems for prominent French politicians, according to a notable French journalist.

In May 2017 French financial prosecutors launched a corruption probe into the  6.7 billion euro deal signed between Naval Group (formerly known as DCNS) and Brazil regarding the sale of five submarines.

Patrice Bouveret, French journalist and head of the Observatory of Arms (Observatoire des armements) independent non-profit organization, told Sputnik France that this probe is unlikely to have a serious effect on French defense contractors, but it may have serious consequences for the country’s political elite.

"I don’t think that this investigation will have a serious impact on the French military-industrial complex. I believe that renaming DCNS into Naval Group wasn’t accidental, especially considering the company’s history. The same thing occurred with Thomson-CSF that was renamed as Thales after facing similar problems. But for politicians the consequences may be severe. Some politicians had already experienced them. The investigation may affect even the politicians who no longer directly participate in the country’s political life like, for example, Sarkozy or Balladur," he explained.

Bouveret also said that the lengthy negotiation process and the need to rely on intermediaries helps propagate corruption in arms sales.

"For many years all of this resulted in fees being payed to intermediaries in order for them to help sign a contract. And the line between corruption and a reward for a service rendered (as some deals can be closed only with the assistance of intermediaries) is very thin. Corruption occurs when money is being payed not for a service rendered but for turning a blind eye on some clauses of a contract," Bouveret said.

© AP Photo / Jacques Brinon
Former French Prime Minister Balladur Investigated Over Karachi Kickbacks Affair
He further explained that the lack of transparency – which Bouveret singled out as the biggest problem – and vast sums of money involved in all big contracts involving France and other major arms exporters essentially “permits” corruption because sometimes there’s no way to sign such deal without resorting to such questionable methods.

"Negotiations are being conducted by a small group of people from top echelons of the government while the parliament, which is technically supposed to control the government’s actions, does not participate in negotiations; MPs are not even informed about the nature and the terms of a contract," the journalist remarked.

Finally, Bouveret suggested that making members of parliament privy to the details of negotiations during arms sales, and allowing them to keep tabs on the process would help stamp out corruption in this sphere.

"If we want to do something besides signing various anti-corruption conventions, we need to create a system of control in every country that is a major arms exporter; so that MPs acting within the framework of this system could obtain necessary information and exert their influence via a special commission that would scrutinize contracts before their signing," said Bouveret.