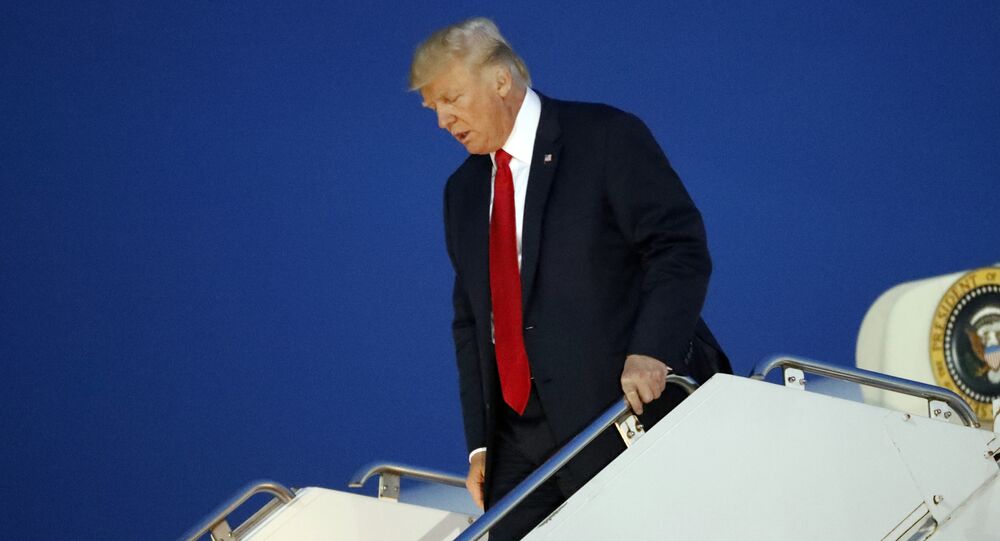 President Donald Trump’s policies leading the US into a disastrous trade war with China based on exaggerated claims of theft, former Assistant Secretary Of State for International Security Affairs, Chas Freeman, told Sputnik.

"We are headed into a world trade war, triggered by the tragically misguided attempt to bring China to economic heel," Freeman said.

Freeman said Trump’s policies were based on false assumptions and that even his own staff could not agree on them but were divided into feuding factions.

"President Trump's effort to bend reality to fit his incorrigibly foolish views of it has been accompanied by battles among his staff, with some taking extreme neo-mercantilist positions," he said.

Trump‘s reckless policies were already having a catastrophic impact on US standing in the world, Freeman stated.

© AP Photo / Xinhua
China Concerned by US, Japan’s Remarks on Disputed Senkaku Islands
"An economically illiterate president, surrounded by deluded dogmatists, is systematically destroying the bases for American leadership and prosperity — liberal values, free trade, the attraction of immigrants, and a preeminent role in setting the rules for international transactions," he said.

United States formally launched the probe into China's trade practices to find out whether the country's actions may harm American commerce, Lighthizer announced in a press release on Friday. According to the US Department of Commerce, the total value of exports from and imports to China amounted to $115.6 and $462.6 billion in 2016, respectively.