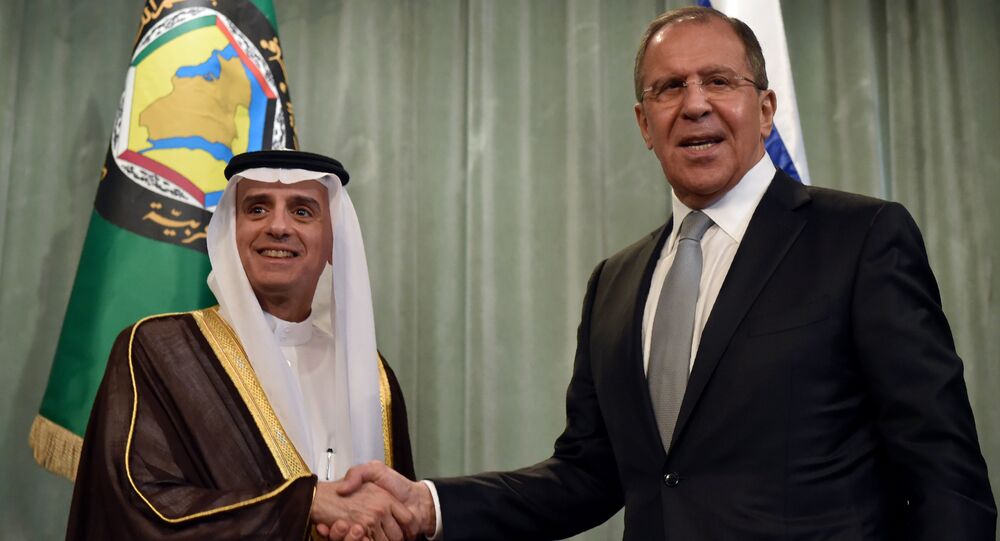 "The foreign ministers of Russia and Saudi Arabia discussed topical issues of further development of mutually beneficial bilateral relations, including the schedule of respective contacts at various levels," the statement said.

© AP Photo / Yoan Valat
Riyadh Envoy Sheds Light on First 'Historic' Visit of Saudi King to Russia
Lavrov and al-Jubeir stressed that the promotion of bilateral relations would help ensure peace and stability at both regional and international arenas, according to the statement.

In April, the Russian parliament's upper house speaker Valentina Matvienko said, following talks with the Saudi leader, that his visit may take place by the end of 2017. Saudi Foreign Minister Adel Jubeir confirmed that King Salman had accepted an invitation to come to Moscow, and the terms of his visit were being discussed.

On June 21, Russian presidential aide Yury Ushakov said the sides had not agreed on the date of the visit as of yet.