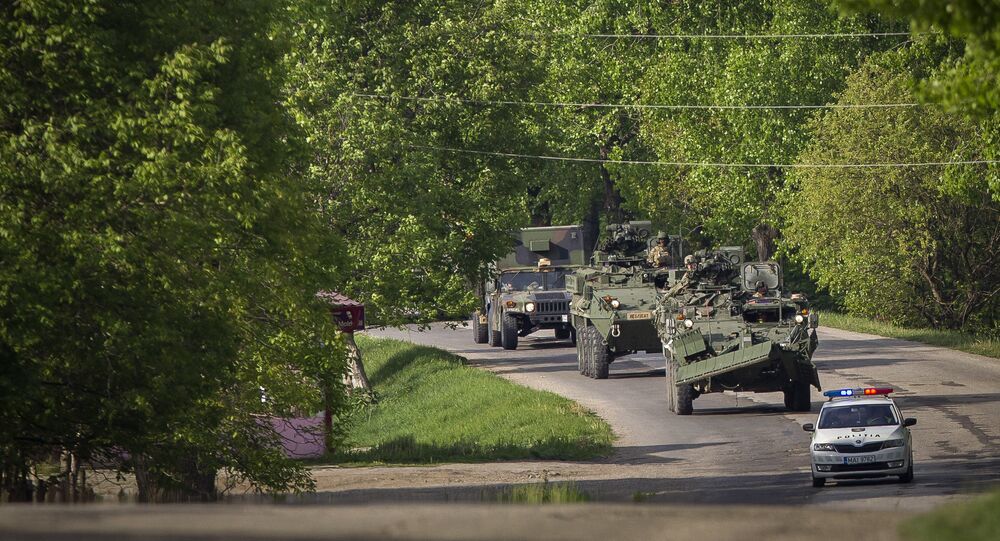 The construction of new military facilities at the Bulboaca base in Moldova, financed by a grant from a program funded by the US government, will improve training conditions of Moldovan troops who take part in UN peacekeeping missions, Deputy Chief of the Moldovan General Staff Col. Eduard Ohladciuc said on Thursday.

CHISINAU (Sputnik) — According to the Moldovan Defense Ministry, Ohladciuc and US Ambassador to Moldova James Pettit visited the Bulboaca training base earlier on Thursday, where upgrades are currently being carried out in the framework of US-funded security Global Peace Operations Initiative (GPOI). The GPOI is aimed at enhancing international capacity to carry out UN and regional peace support operations.

"We joined this program because we wanted to improve training conditions for the national army's servicemen who participate in international peacekeeping missions under the auspices of the United Nations, and the United States provided us with such an opportunity. We also count on our US partners' support in the future," Ohladciuc said as quoted by the Moldovan Defense Ministry's press service.

© Sputnik / Miroslav Rotar
Moldovan Leader Vows to Examine US Plans to Build Military Facilities in His Country
On Monday, the RT broadcaster published an article about the planned construction of new military facilities, citing a tender released by the US government.

According to the Defense Ministry, Moldova joined GPOI  as a partner country in 2012. Under the program, the ministry benefits from a grant of $1.6 million to modernize infrastructure at Bulboaca base, thus allowing the training of Moldova's national army troops for participation in UN peacekeeping missions. The ministry stressed, however, that the construction of new military facilities would not influence Moldova's neutrality and were not connected to NATO.