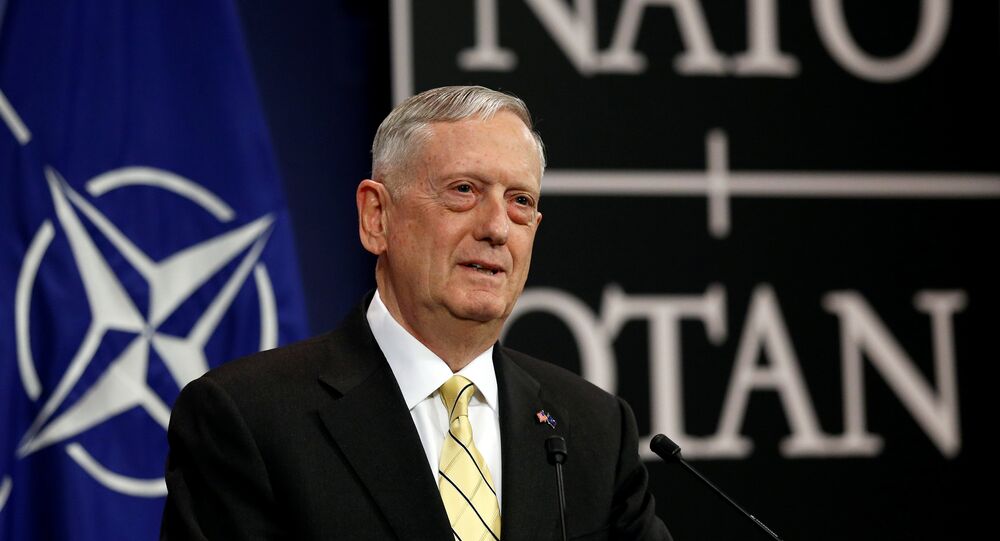 Pentagon Hopes for Diplomatic Solution on N. Korea, But Has Military Options

The US Defense Department is hoping for a diplomatic solution that would halt North Korea’s quest for a nuclear intercontinental ballistic missile (ICBM) capable of reaching the United States, but has military solutions ready if ordered to act, Secretary of Defense Jim Mattis said in a press briefing on Thursday.

WASHINGTON (Sputnik) — Mattis said the Defense Department works very closely with allies to ensure that there are multilateral military options and a military solution to the crisis.

"We want to use diplomacy [and] that's where we've been, that's where we are right now and that's where we hope to remain, Mattis said during a press briefing on Thursday. "Do I have military options? Of course, I do. That's my responsibility, to have those."

© REUTERS / KCNA
US Leadership 'Defies Logic' With 'Preventive War' Rhetoric on North Korea
The defense secretary made the comments on a flight en route to California, where he is scheduled to visit technology giants Google and Amazon.

"What we're trying to do here is [be] loud and clear in the diplomatic arena: It is North Korea's choice," Mattis said. "So they are the only ones who are trying to nuclearize [the Korean peninsula] through provocations and rhetoric that is alarming to the entire world: This is a global problem."

Asked if he thought North Korean leader Kim Jong Un was a rational actor, Mattis said he would leave it to those seeking the answer to figure out themselves.