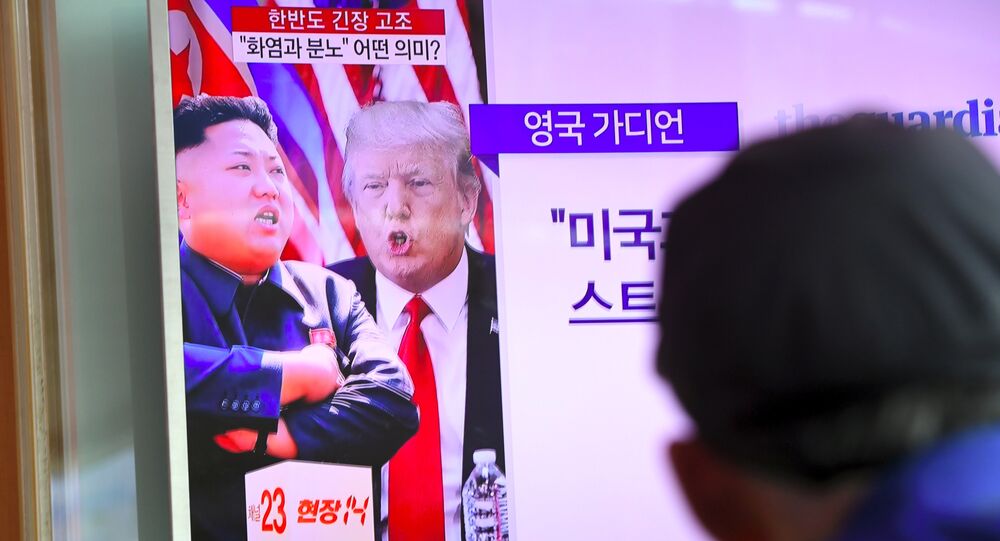 Former National Security Advisor Susan Rice stated that Washington can avoid war with North Korea by reviving a Cold War strategy of threatening to annihilate the country in response to a nuclear attack.

WASHINGTON (Sputnik) — The United States can avoid war with North Korea by reviving a Cold War strategy of threatening to annihilate the country in response to a nuclear attack, former National Security Advisor Susan Rice wrote in an opinion article on Thursday.

"History shows that we can, if we must, tolerate nuclear weapons in North Korea — the same way we tolerated the far greater threat of thousands of Soviet nuclear weapons during the Cold War," Rice wrote in an opinion article published by the New York Times.

"While we quietly continue to refine our military options, we can rely on traditional deterrence by making crystal clear that any use of nuclear weapons against the United States or its allies would result in annihilation of North Korea," Rice opined.

© REUTERS / Major Jeff Landis,USMC (Ret.)/Naval Base Guam/Handout/File Photo
Guam Homeland Security Warns N Korea Missiles Would Reach Island in 14 Minutes
As national security adviser to former President Barack Obama, Rice was linked to a policy known as "strategic patience," in which the United States muted criticism of North Korea in hopes that the country’s leader Kim Jong Un would eventually enter negotiations with the United States and its allies.

President Donald Trump has abandoned the Obama administration approach by openly threatening a military strike against North Korea, which continues to develop nuclear-tipped missiles capable of reaching the United States.