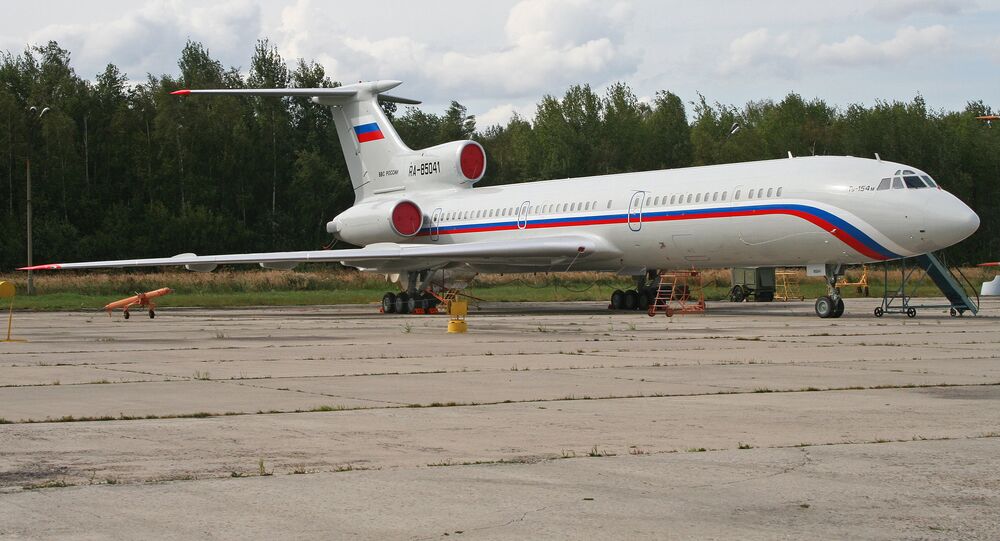 WASHINGTON (Sputnik) — The Russian Tupolev Tu-154M left Moscow early Wednesday and entered US airspace around Virginia's Chincoteague Island, Politico reported on Wednesday. The plane flew several passes above the DC metro area for about an hour around lunchtime, and briefly entered Virginia, West Virginia and Pennsylvania, the report said.

Earlier in the day, the Capitol Police said in an alert that an "authorized low-altitude aircraft" would enter restricted airspace "may fly directly over the U.S. Capitol," according to the Washington Post.

Such flights are legal and authorized by a 1992 agreement known as the Treaty on Open Skies, which allows both the United States and Russia to conduct surveillance flights over each other's territory.

The two countries have flown such flights a combined 165 times over the past 15 years, according to the State Department.

Anti-Russia Hysteria in US Derails Fight Against Terrorism - Congressman