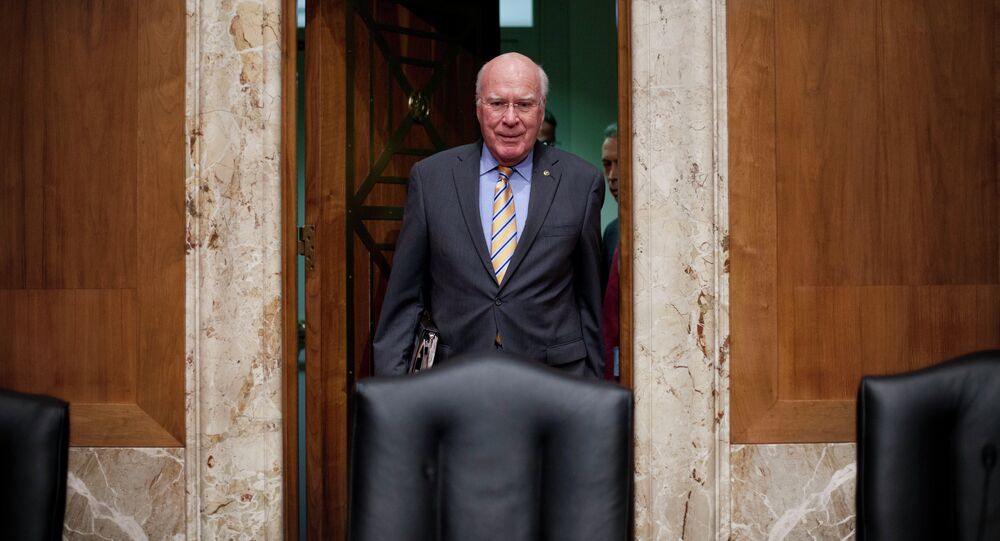 US Senator Patrick Leahy said that there are no quick, surgical military solutions to the North Korea threat.

© AFP 2020 / JUNG Yeon-Je
Over 60% of US Citizens Believe North Korea Poses 'Very Serious' Threat to US
WASHINGTON (Sputnik) — There are no quick military solutions to the situation in North Korea and the United States must work with the rest of the world in responding to the North Korean nuclear program, US Senator Patrick Leahy said in a statement on Wednesday.

"There are no quick, surgical military solutions to the North Korea threat, and this is no time for reckless, provocative tweets," Leahy said. "This is a global challenge and the response must be a collective one."

Leahy added that the sanctions passed on Saturday by the UN Security Council should be used as leverage while diplomatic options are explored.

© REUTERS / Jonathan Ernst
Trump 'Reckless' North Korea Remarks Undermine US Security - Congressman Engel
Direct talks with Pyongyang without any preconditions should not be an option taken off the table, Leahy added.

On Tuesday, President Donald Trump warned North Korea not to make any more threats against the United States or Pyongyang will face "fire and fury" like the world has never seen.

Trump’s statement came as media reported US intelligence has assessed that North Korea has produced a miniaturized nuclear warhead.