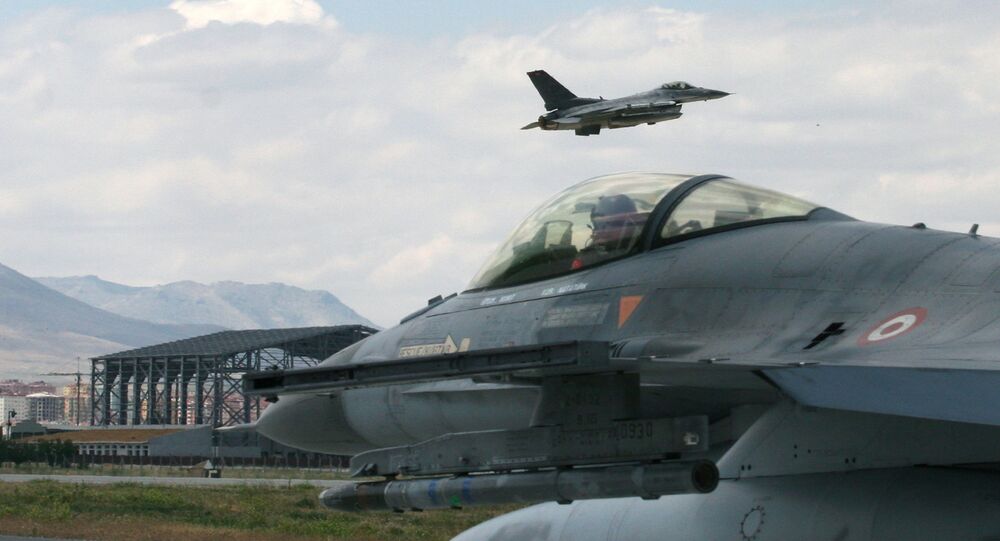 The German Foreign Ministry expressed gratitude to the North Atlantic Treaty Organization (NATO) for organizing a visit of German lawmakers to a NATO base located in Turkey's Konya province, the ministry's spokesperson told Sputnik on Tuesday.

© AP Photo / Selcan Hacaoglu
Turkey Approves German Delegation's Visit to NATO Base in Konya
BERLIN (Sputnik) – Earlier in the day, Turkey approved the visit, tentatively scheduled for September 8, after postponing it for a month.

"We have made it clear to both NATO and Turkey that the right to visit [the base] by the Bundestag [lawmakers] is very important for us. We are grateful to NATO for organizing this visit to Konya," the spokesperson said.

In mid-July, Turkey banned the Bundestag Defense Committee from visiting the NATO military base in Konya, where German military personnel are stationed, with German government spokesman Steffen Seibert later explaining that the visit was not canceled, but rather postponed to a later date. Also in July, NATO Secretary General Jens Stoltenberg proposed to arrange a German delegation's visit within the framework of the Alliance.

Similarly, in May, Ankara canceled a German delegation's visit to the Incirlik airbase, where German military personnel and jets were stationed, the day before the visit was scheduled to begin. Berlin responded to the move in early July by announcing the withdrawal of its troops from the base.

The relations between Berlin and Ankara soured after German-Turkish reporter from Die Welt newspaper Deniz Yucel was arrested in Istanbul in February over alleged links to terrorist organizations and propaganda. The situation between both nations deteriorated even further after Germany banned Turkish ministers from holding rallies before Turkey's April 16 referendum on German soil.