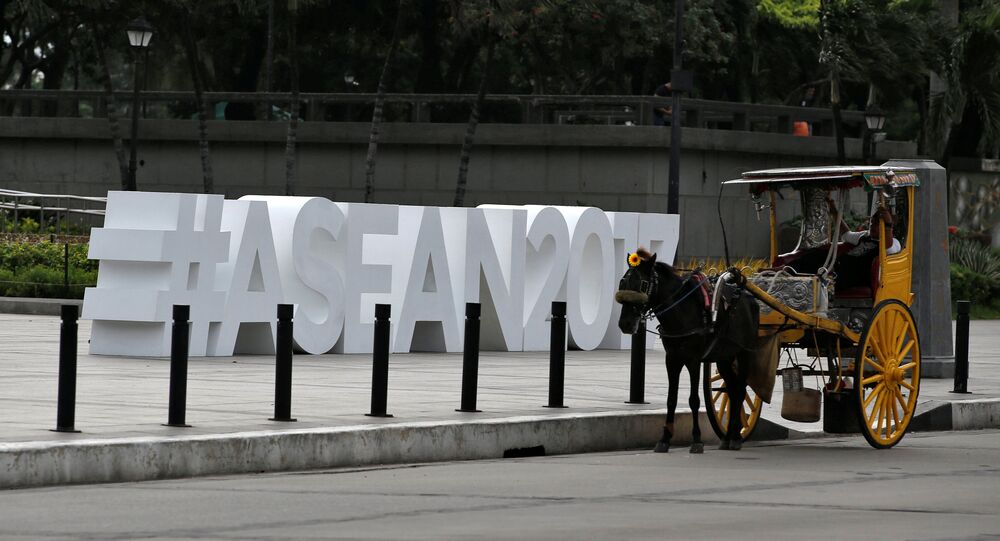 The Association of Southeast Asian Nations (ASEAN) hopes to evolve into the fourth strongest economic bloc by 2030, Ambassador of the Philippines in Moscow Carlos Sorreta said Tuesday, stressing the bloc's importance as the guarantor of peace and stability in the region.

"As an economic community, ASEAN, with its population of more than 629 million, is now the third largest market in the world after China and India. We are also the seventh largest in the world and the third in Asia in terms of GDP. We are now projected to be the fourth largest economic bloc by 2030," Sorreta said at a reception in the occasion of the 50th anniversary of ASEAN.

The organization secures peace and prosperity in Southeast Asia and far beyond the ASEAN nations, the ambassador added.

"During those 50 years [since the creation of ASEAN], working together, we have transformed the region. Where once our differences divided us, we now have strength in our diversity. Where once rivalries ruled, cooperation is now the rule. Where once outside powers determined our future, today we chart our own course," Sorreta said.

The senior diplomat also stressed that it was an honor for the Philippines to chair ASEAN at this milestone year, and assured that the organization would continue to work for regional peace and stability, advance innovative growth, and promote ASEAN as a model of regionalism.

"We are very grateful to our external partners for their support. Last year, we celebrated the 20th anniversary of ASEAN-Russia dialogue, we commemorated this with a historic summit meeting in [Russia's city of] Sochi. In Manila, the dialogue between Russia and ASEAN was further strengthened." Sorreta said, adding that the adoption of a number of agreements in the Philippine capital would reinforce drug-trafficking and strengthen the mechanism of ASEAN-Russia dialogue.

ASEAN was established by Indonesia, Malaysia, the Philippines, Singapore and Thailand in 1967. Since then, Brunei, Myanmar, Laos, Vietnam and Cambodia have joined the organization. The association strives to enhance regional cooperation in the economic, social, cultural and other areas, as well as to promote peace and security.